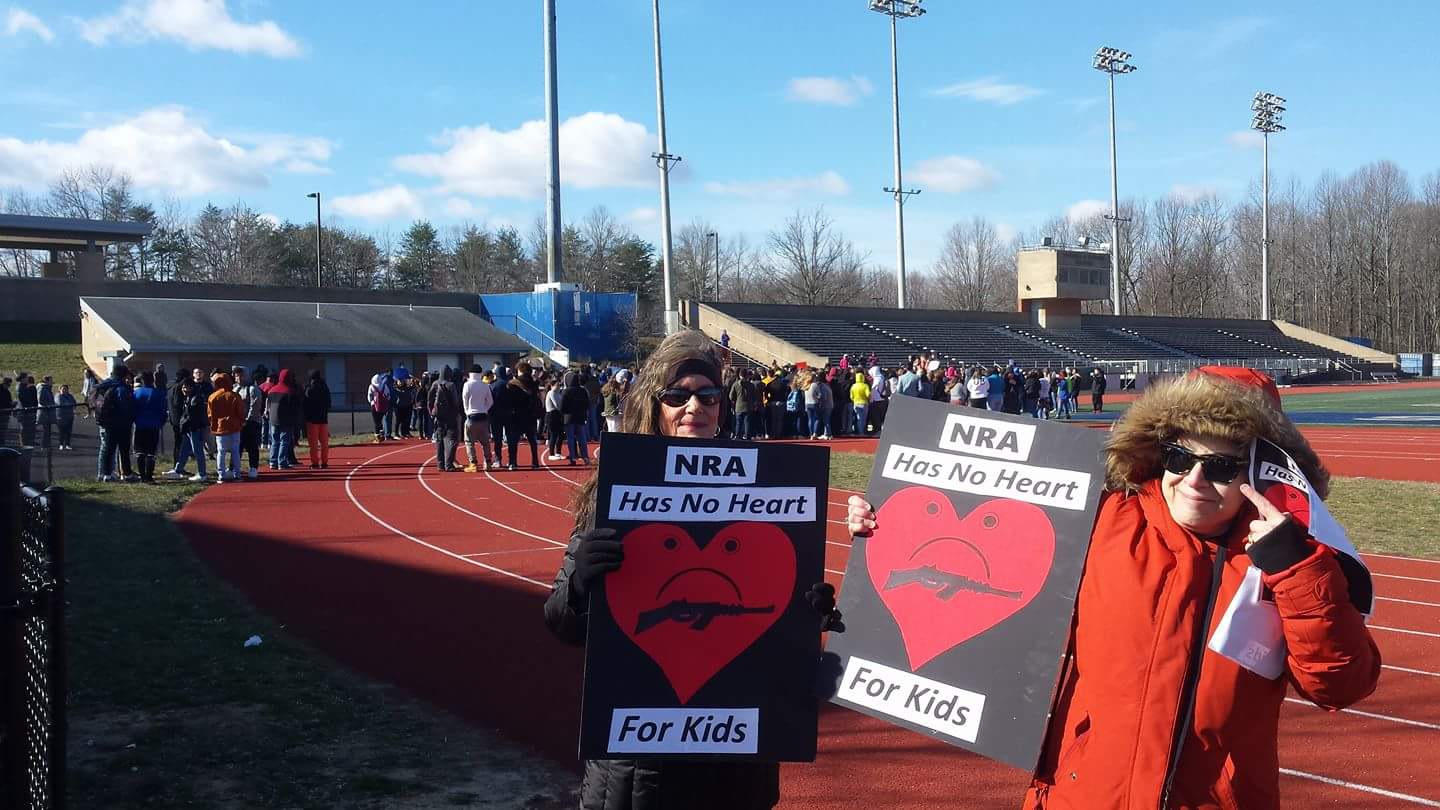 Despite the blustery cold, I felt my heart lift watching the students of South Lakes High School in Reston stage a 17-minute walk-out on March 14, exactly one month after the slaughter of 17 students in Parkland, Florida.

With a small group of neighbors, I had trekked over to the school, posters in hand, to let them know we supported them, our future leaders. School security was high, relegating the community members to the sidelines.  But it felt good to stand up for them.

The students were articulate and passionate.  Many approached us after the walkout and thanked us for our support.

For them it was personal. First, Nabra Hassanen, a sophomore at South Lakes who was killed senselessly on June 18, 2017 by a stranger who abducted her off the street. Then, six months later, Scott and Buckley Fricker, killed in their Reston home on Dec 22, 2017, allegedly by their daughter’s boyfriend. These are recent acts of homicide in my Reston neighborhood.

Unprovoked shootings have become so prevalent, so horrific, that we can no longer say that “It can’t happen here”. This leaves many of us depressed. You can feel deep concern, anger and fear everywhere.

We all know the ease with which disturbed, angry people can purchase and use mass assault weapons.  We all know that the measures that schools and neighborhoods can take are limited.  This is a national problem, but today the executive branch has no realistic policy and Congress seems unwilling to rock the boat.

Still, the energy and determination of these students as they chanted in the cold gave me hope. And this scene is being repeated across the nation. We hear their vow —  “Never Again!” — not only in the streets of major cities but in the football fields of local high schools.

Perhaps together we can, this time achieve progress in controlling gun violence. If we add our voices to the protests of our youth perhaps this time we might just bring down the walls of Jericho.