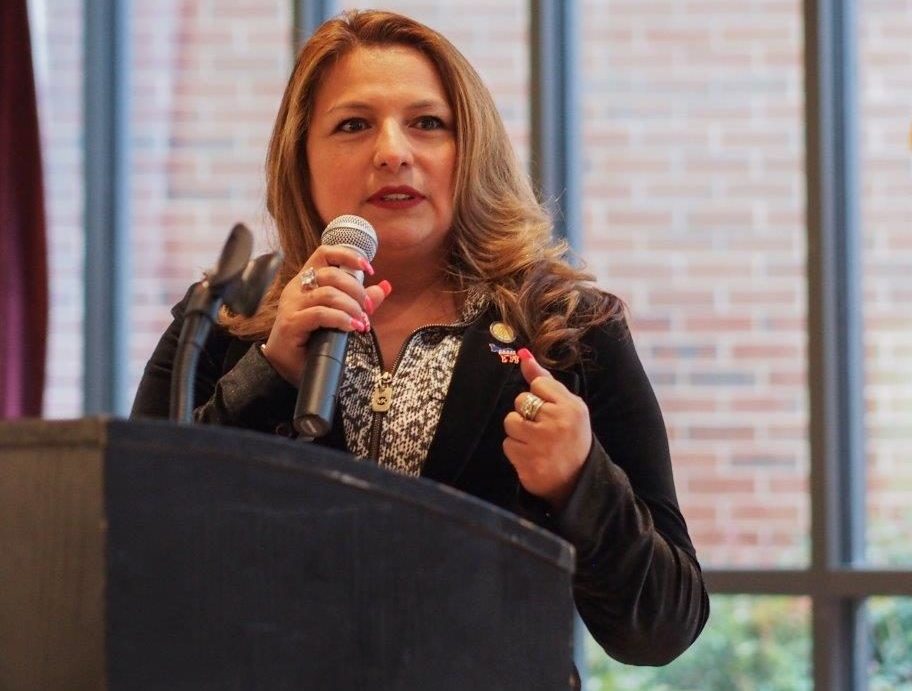 Speaking first, Va. Del. Elizabeth Guzman (D- 31) used her story as the first Hispanic female immigrant to win election to the state House of Delegates to claim that, “Anyone can achieve the American Dream here in Virginia.”

Following her at the podium, Rep. Gerry Connolly (D-11) said the energy coming into the party from women fuels his optimism at taking over the House in November, and then using the new Democratic majority to hold President Trump accountable for his actions.

Guzman, a native of Peru, was elected to the state assembly last November and won national prominence in delivering the Democratic Spanish-language riposte to Trump’s state of the union address on Jan. 30.

She described her uplifting journey from immigrant and a single mother, working full-time and sleeping at times only four hours a night, to election as a state delegate. But she also acknowledged that notwithstanding her achievement, inequality and injustice remain intractable problems in Virginia. “It’s not right to have to choose between food and family,” she said.

Guzman said the Republican majority in the state assembly was the major impediment to improving the lives of underprivileged Virginians, noting that 70 bills had died in Richmond at the last legislative session along party-line votes. But with only two votes separating Democrats from a majority in the Virginia House, she said momentum was on her party’s side.

Connolly echoed Guzman’s theme that although the Democrats have gained notable victories in recent elections they need to stoke up even more to move into a majority at federal as well as state level. He added that while Trump needs to be held accountable, “Impeachment is the last word, not the first. [Special Counsel Robert] Mueller needs to be allowed to finish.”