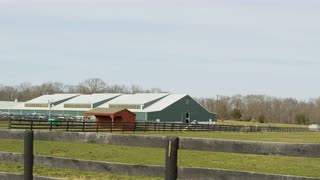 I was recently asked to sign a petition in favor of 100% renewable energy in Fairfax County . It seemed like a no-brainer. But then I started to think about how to achieve this goal, especially with Earth Day coming up on April 22.

The petition encourages the Fairfax County Board of Supervisors to adopt a resolution to:

These are lofty goals. I would love to believe that we as citizens could just hand our elected officials a petition, and then they would just know what to do to make it happen by 2050 (or sooner).

In reality, this is probably not the most effective method. Instead of asking politicians to set lofty goals, with no accountability, perhaps we should ask them to support a portfolio of projects.

Elected officials love it when you do the legwork for them.

What if the environmentally and technologically savvy citizens of Fairfax County proposed a list of 100 renewable energy (solar) project sites?

We know where all of the government-owned properties are- schools, parks, office buildings, public works facilities. We know what an optimal site looks like – large south-facing or flat roof, parking lots, minimal tree cover.

What are we waiting for?

If you wanted to make sure that 100% of fires in the county were put out in a timely manner, would you ask the Supervisors to adopt a resolution? Or would you advocate as smaller communities for a fire station in your neighborhood or more fire hydrants near our homes?

I believe we need to get specific with our advocacy. We see public buildings and spaces everyday. Let’s start taking mental notes about where there are ideal sites for solar installations near where we live, and then compile a portfolio of potential sites with pictures.

Here’s an example: In this article is a picture of the Frying Pan Farm Park equestrian center in Herndon. It has a large roof that faces south with no tree cover.  I bet an installation on that roof could power the farm and a dozen homes.

What do you think?