Virginia’s vote could be the last state vote needed to allow the United States Congress to ratify the Equal Rights Amendment (ERA), which would become the 22nd Amendment to the Constitution.

VAratifyERA Sunday — Women’s Equality Day — kicked off a campaign to press Virginia lawmakers to approve the amendment in January by holding screenings around Virginia of “Iron Jawed Angels.” The film stars Hilary Swank as Alice Paul, the suffragist who first drafted the ERA.

Women’s Equality Day, Aug. 26, commemorates passing the 19th Amendment in 1920, prohibiting state and federal governments from denying the right to vote to citizens of the United States on the basis of sex after a fight for women’s rights that began in the mid-1800’s.

The proposed ERA seeks to further expand equal legal rights guarantees for all American citizens regardless of sex.

Voting rights were a significant victory for women in 1918. Suffragists endured unthinkable treatment during the quest. Drawing little public interest when picketing began in January 1917; by April, as World War I started, the public became outraged at suffragists’ criticism of President Woodrow Wilson’s “hypocrisy” in calling for Democracy in Europe.

Suffragists suffered multiple incarcerations, increasing fines; even the torture of force feeding following hunger strikes, and eventually beatings, choking, and kicking by prison guards during the infamous “Night of Terror” on Nov. 14, 1917, at the Occoquan Workhouse.

Finally, public sympathy and shock over such treatment, for merely picketing, led to their release two weeks later. In January 1918, President Wilson came out in favor of the 19thamendment.

It had taken 72 years for women to get the vote, but women have yet to be recognized as having equal rights, beyond voting, under law in the United States Constitution.

First submitted to State legislatures for approval in March 1972, by 1977, the ERA had received 35 of the 38 votes needed for ratification. Nevada and Illinois voted to ratify it in March 2017 and May 2018 respectively after the Congress’s imposed deadline, which was extended from 1979 to 1982. This brought the votes “for” ratification to 37 states.

ERA supporters noted that one of James Madison’s amendments to the Constitution — which says that salary increases for members of Congress do not go into effect until the term after they were approved — took more than 200 years to be ratified by the 38thstate (Michigan) in 1992. This led ERA supporters to wonder why the ERA amendment was assigned a deadline at all. If Virginia becomes the 38thstate, Congress could simply vote to change the old deadline.

Virginia’s Senate voted to ratify the ERA in 2011, 2012 and in each year between 2014 and 2016. In the 2017 Senate session, the amendment was passed by indefinitely in the Rules Committee, and in 2018 it failed to report; limited in the Senate to a passing voice vote. Virginia’s House has not been as accepting.

Virginia Delegate Kathy Tran (D-District 42) who serves on the Virginia House Privileges and Elections Committee sets the scene in the House body on a significant day in the January 2018 session: “The Committee Room was packed full of activists — women and men. The chairman wasn’t going to call it up since the ERA wasn’t on the agenda. Then because of the crowd who had come, the chairman allowed one person to speak for a limited time, 2 or 3 minutes.

“A woman spoke eloquently on the issue, but was cut off before finishing. There were three generations of advocates in the room. They began to sing ‘We Shall Overcome.’ It was an extremely moving experience.” 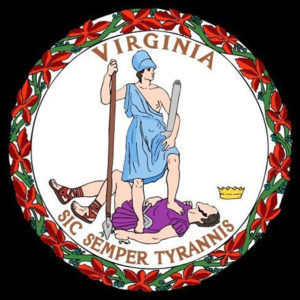 We asked Tran, a co-sponsor in 2018, if this amendment is still needed today, given the success of women such as herself in achieving leadership positions in government and industry. “Absolutely!” she said, “We need to have equal rights enshrined in the Constitution to receive attention and become part of our American culture. Given the rise and acceptance of misogyny by some political leaders, protections are needed for women and the LGBTQ communities. And institutional issues such as equal pay must be addressed.”

Is it realistic to think Virginia could achieve this historic vote? “This is a bipartisan issue which had both Democratic and Republican sponsors,” Tran said. Perhaps in the January 2019 session, Virtue, the woman depicted on Virginia’s flag, could become symbolic of yet another victory for women in the Commonwealth and the country.

Susan Laume  is a member of the Springfield District Democratic Committee and a director of the NoVA Coalition for Animals. With her dog, she works as a therapy dog team.