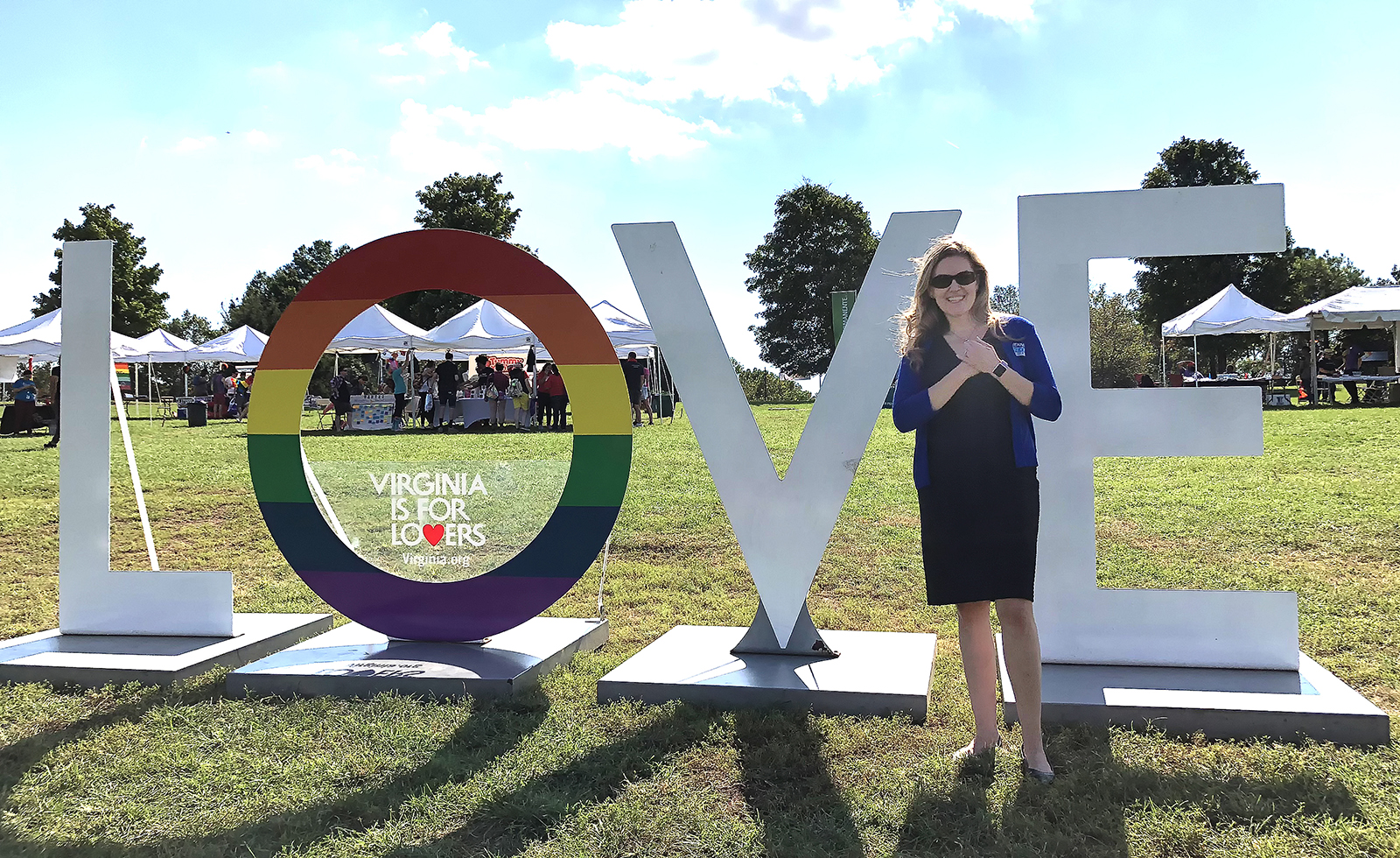 Volunteers packed the Sterling campaign of office of State Senator Jennifer Wexton (Loudoun-Fairfax), candidate for Virginia’s Congressional District 10, kicking off a day of canvassing Saturday for them and an even longer day of campaigning for Wexton and her staff.

A crowd of over 140 people filled the office to capacity early Saturday morning and more volunteers were expected later in the day. John Begala, Wexton’s political director, said the turnout was so large that he could only compare it to what is normally the largest canvassing effort, the Get Out The Vote weekend right before the election: “We would be very excited if this was the GOTV turnout, and to see this five weeks before the election is really something.”

Before the group fanned out across the local area and Wexton took off crisscrossing the district, the group, which included volunteers from local progressive groups including Virginia Democracy Forward, Network NoVA, NOPE! Neighbors, Herndon Reston Indivisible and the Georgetown University Democrats, was welcomed by local politicians.

Looking back on the events of the past week, Delegate Jennifer Boysko (Fairfax-Loudoun), urged the crowd to take “our energy and our anger and move this campaign forward.”

Delegate Mark Sickles, (Fairfax) promised that Wexton was a tireless worker, who “would get under the hood and fix what’s wrong in a bi-partisan way.”

Wexton had some parting words of her own. While incumbent Barbara Comstock, her Republican opponent, may have the backing of big money, including the Koch brothers, Wexton said she had more, “I love you guys, you are something better than Koch money.”

The canvassers picked up their packets as Wexton left for a full day of campaigning. At the Clarkes County Farmers Market in Berryville, long time volunteers Edie Hanscon and Michele Worthing were manning the Democrats information booth when Wexton arrived. Hanscon explained that the two had been volunteering here since the 90’s and that they were both really excited about Jennifer Wexton. “From the beginning,” Worthing explained, “Jennifer has had the background and experience for the job.”

In Lovettsville, where the Catoctin Democrat’s spirited booth included animals in “Wexton for Congress” and “Kaine for Senate vests,” Wexton was greeting by the locals. Forest Hayes, a local farm owner, economic advisor to D.C. mayor Muriel Bowser, and a candidate running for the Catoctin Board of Supervisors in 2019, said his number one job now is to elect Jennifer Wexton. He cited “her experience, temperament and values,” as among the many reason for his support.

Wexton’s day of public events ended with a visit to the NOVA Pride Day at Bull Run Regional Park where she posed in front of a large LOVE sign, which seemed an apt reflection on her comments from earlier in the day.

Asked if she felt the political events of the week was pushing the volunteers to action, Wexton remarked, “I’ve been all over the 10th District the past few days, and everyone is fired up about what happened this week in the Senate. People are angry, and they are turning that anger into action. The message I’m hearing overwhelmingly is that voters are motivated for change. We are going to give it them.”