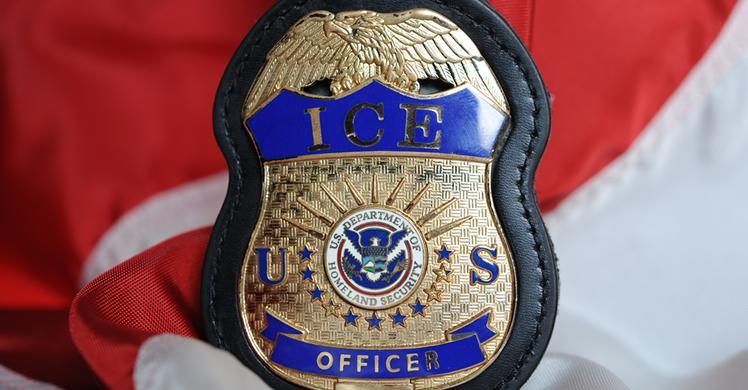 I read with shock and disappointment the Nov. 29 report by Ms. Diane Burkley Alejandro, Special Report: Local police may be helping ICE make Fairfax a national leader in immigrant detention. This report uses data to draw a number of false or misleading conclusions meant to stoke fear in a community already under immense pressure from the Trump Administration’s actions on immigration. It serves to undermine the work of the Fairfax County Police Department to strengthen the bond of trust between FCPD and the immigrant community. It also undermines the efforts of a number of passionate and dedicated organizations advocating on behalf of immigrants in Fairfax County.

Let me be clear: the allegation that Fairfax County police are engaged in a conspiracy by “working out of the public eye with ICE” is completely false. This kind of fabrication erodes trust between FCPD and immigrant communities by giving support to the idea that undocumented individuals living in Fairfax County cannot trust the police out of fear of deportation. The claim also undermines efforts by advocates like the author to help maintain or restore the trust between immigrant families and local government. If the claim were true, I would be the first to demand an end to this kind of secret cooperation.

While the county works with outside law enforcement from all levels of government, we are certainly not engaging in a secret campaign to deport individuals merely suspected of being undocumented. FCPD’s primary goal is the safety and well-being of the people they serve and a person is not a threat to that safety simply by being here without documentation.

I take serious issue with the claim that “Fairfax has created a huge underprivileged social class living in desperation below the radar.” There is no doubt that being undocumented in America is a difficult life, especially in 2018. The author rightly points out the effects on families of those in ICE detention. However, Fairfax County government did not create this problem, nor are we worsening it.

Since the Trump Administration issued its immigration executive order in January 2017, I have been meeting with the immigrant advocates including the author. I have led the Board of Supervisors in adopting a diversity and inclusion resolution, and participated in or hosted numerous events aimed at helping the immigrant communities in Fairfax County understand local government’s role when it comes to immigration.

I can say that without exception the advocates I have met with during this time are passionate, dedicated and honest county residents fighting for what they believe in. This is why I was dumbfounded by the baseless accusations made in this report. Those most affected by ramped up enforcement of administrative immigration violations – those families – are not being helped by the fabrication of conspiracies on their behalf.

Another point in the report is that 12,037 Fairfax County residents are being detained by ICE. However, the data in the report shows that number of individuals facing deportation proceedings in immigration court, not all of whom are held in detention. ICE reported last year it had detained less than 40,000 nationally. The Washington Field Office of ICE currently reports around 950 individuals being detained. The field office has the capacity for around 1,000 individuals (including the beds it uses in local jails) for all of Virginia and Washington, DC, far less than 12,037.

I will continue to work with advocates and the Fairfax County Police Department in our efforts to maintain and grow trust with all county residents, regardless of their race, religion, or immigration status. I will also not defend the inhumane treatment by the current administration of immigrants of all kinds, particularly those coming from Latin America and from predominantly Muslim countries. The president’s actions and rhetoric are simply un-American. Fairfax County is and will always be a welcoming place.