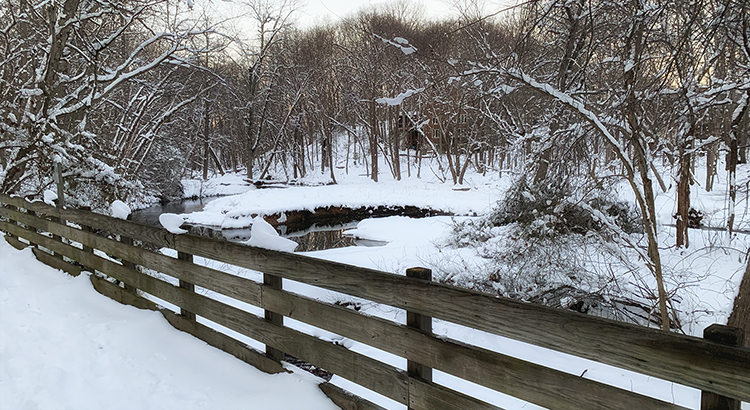 Most schools were closed Monday after six to 12 inches of snow fell on Northern Virginia. Children enjoyed the day sledding, making snowmen and having snowball fights while grownups shoveled snow or took a walk in the woods.

It was the biggest snow in the Washington area since January 2016 (officially 5.4 inches at Reagan National through 1 p.m.), according to The Washington Post, which also said the storm was named “Snurlough,” for its staying power and the continuing federal government furlough. Snow was reported at Reagan National Airport for 35 straight hours (from 3 p.m. Saturday to 2 a.m. Monday). Reagan National, Dulles and Baltimore-Washington International Marshall picked up 10.3, 10.6 and 6.6 inches, respectively.

But despite the inconvenience and even danger of snowy conditions, there is room to stand back and appreciate the beauty of ordinary things when coated with glistening snow.