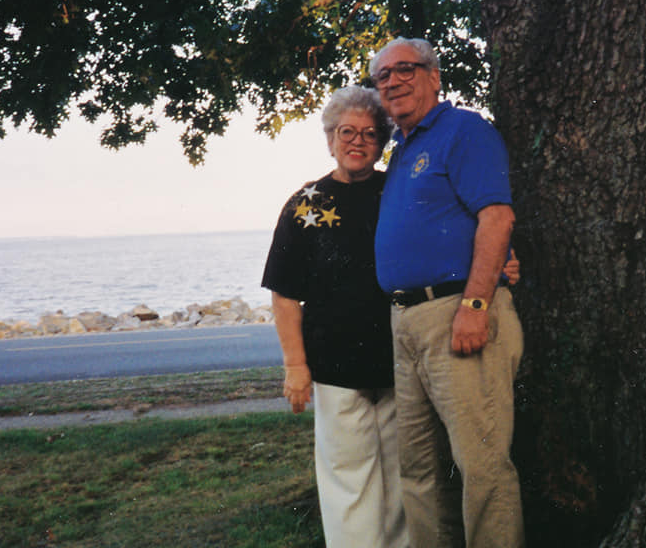 Mason District Democratic Committee has lost one of its favorite sons. Adolph “Sonny” Schick was known to many as the host of the annual Mason District Crab Feast but had many more facets to him, as shown in the following tribute by a fellow Mason District committee member.

When I joined the Mason District Committee over thirty five years ago I was pleased to find so many members who were not only Democrats but people who were community leaders. These were people who had spent lifetimes fighting for social justice and trying make this a better country. They were not new to the fight they had been leading the fight. Few of them are left; we lost Wayne Buckle, Jack and Mary Anne Hurt, Burt and Annabel Seidman, Dottie Schick, Blossom Kramer and others. We are lucky to still have Sue Hoffman, Marcia Green, Judy DeGroot and my own wife Leslie Byrne. A truly unique person was not a Committee member but has always been central to our Democratic Committee, Adolph Schick. Sonny and Dottie Schick’s home has been home to over 50 years of Mason District Crab Feasts and literally hundreds of other fund raisers for Democrats. For the crab feast, Sonny not only provided the space, the tent, the storage area and the expertise on ordering crabs but proved a marvelous host. After Dottie’s passing the Fairfax Committee correctly voted to acknowledge Sonny’s role by making him the Mary Ann and Jack Hurt Member of the committee.

Sonny served in the Navy during the Second World War and still carried in his wallet his Navy ID which we have used for several years as his ID when he went to vote. He told me he couldn’t miss voting because Dottie would never forgive him. I know Sonny would never have missed a vote; it was a right he valued way too much to ever ignore. He was a very successful businessman, a community leader in Arlington where for years he hosted an oyster roast fundraiser for the community, and a leader in his religious community.  He was also a devoted father to his four sons, Rory, Wade, Kyle and Albert and a proud grandfather, and most recently a proud great grandfather welcoming a baby girl and a baby boy to the family. He loved to travel, he loved to entertain, was a charming host and an excellent cook. Sonny was an expert on antiques and loved the thrill of the hunt for a gem in an old barn. He was the true author of the Art of the Deal.

Most in the Democratic party knew him as Dottie’s husband not as a political force. He had no problem in that role. In fact, he gloried in Dottie’s political success. Those of us who knew him well knew he was committed to the values of the Democratic party; and to the idea of social justice and fairness. He didn’t need a platform to stand up front but was thrilled when he helped Dottie do that. A man ahead of his time, aware of all that a woman could do and willing to hold her purse for her while she did it. He was a model many could learn from, I certainly did.

Leslie and I will miss Sonny, his sense of humor, his love of life, his unwillingness to give up even as a variety of ills slowed him down. Sonny never lost his optimism. He was a good friend, a good man and someone we were proud to know.  A man in his 90’s excited to find a cruise ship that could provide dialysis treatment so he could continue to travel. Our loss is softened by the knowledge that we are sure Dottie will be happy to have him back with her.

The service is on Wednesday February 27 at 11am at Beth El Hebrew Congregation, interment  at King David Memorial Gardens, 7482 Lee Highway, Fairfax. A reception will follow at the Schick Home.