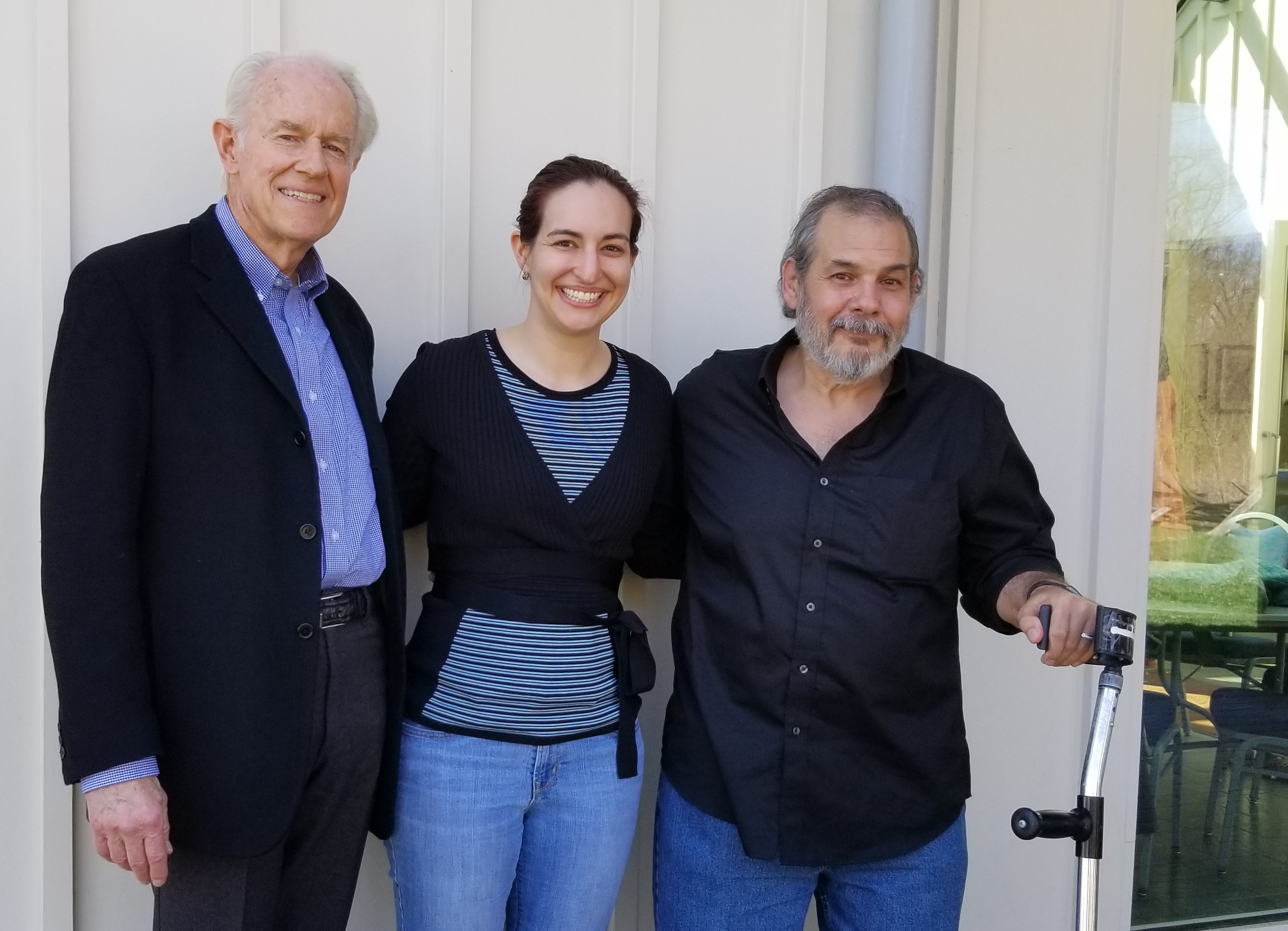 A convicted murderer turned legal scholar was honored in Fairfax on March 24 for his contributions to criminal justice reform, including helping to exonerate a fellow death row inmate.

The Citizen Advocate of the Year award, from Virginians for Alternatives to the Death Penalty (VADP), went to Joe Giarratano, who served 37 years in prison, during which he became a scholar published in Yale Law Review and a tireless advocate for prisoners wrongly convicted.

The ceremony was held at Blenheim Historic Site in Fairfax. Besides Giarratano, speakers included actor turned activist Mike Farrell, who featured in in the legendary television series M*A*S*H as Capt. B.J. Hunnicutt.

In his keynote speech, Farrell said that polling data established that fewer than 10% of any group – including Trump Republicans – consider the death penalty to be an important issue.  This shows that the political cost of opposing the death penalty is minimal to non-existent, he said.

Farrell also noted that the murder rate increases around the time of an execution.  This is called the “brutalization effect.”  He called the death penalty in America “moral suicide.”

VADP is a non-profit organization with a diverse membership, including evangelical Christians, families of murder victims, and exonerees.  It is led by Executive Director Michael Stone and Field Director Dale Brumfield.

VAPD celebrated a victory during the recently concluded session of the Virginia legislature.  Despite a Republican majority, the Senate passed legislation to exclude people with serious mental illness from being subject to the death penalty. Although the bill subsequently failed in a Republican-dominated subcommittee in the House, this marked the closest that such a measure has come to being enacted in Virginia.

VADP’s honoree, Joe Giarratano, 58, has led a life of theatrical twists and turns.  His path took him from childhood in the Bronx, where he was abused by his mother and addicted to drugs and alcohol, to becoming a scallop fisherman in Norfolk as a young man, to a death sentence in 1979 for rape and double murder.

Giarratano entered prison at age 22.  Although he had dropped out of school at a young age, he used his time behind bars to teach himself the law.  Despite all odds, he became a Yale Law Review-published legal scholar while imprisoned. During his 37 years of incarceration, he worked tirelessly on his own case and helped to secure the exoneration of his fellow death row inmate Earl Washington.

Giarratano spent eight years in isolation at some of the Commonwealth’s worst prisons. He grew tearful speaking about how, while awaiting execution, he would meet with his attorneys at the table where prison staff laid out inmates’ bodies after they were put to death in the electric chair.  At their meeting just before Giarratano’s last execution date, his friend Buddy Justus had just been executed and the smell of burnt flesh was still in the air.  Much of the audience was also in tears listening to his recollections.

Giarratano was released from prison in 2017.  He married six months ago and resides in Charlottesville where he works as a paralegal for the UVA Law Innocence Project Clinic. His resume also includes establishing a peace studies program at central Virginia’s Augusta Correctional Center, though this program was shut down by former Gov. George Allen.

Giarratano embodies the American ideals of the redemptive possibilities of the human spirit and the inherent value and dignity of the lives of the accused.  His life is an example of the observation by Bryan Stevenson, founder of the Equal Justice Initiative, that a person is more than the worst thing he ever did (although, in Giarratano’s case, it is far from clear that he committed the crime of which he was convicted).

Giarratano underwent an incredible transformation from a young addict to a crusader for the rights of the wrongly accused and of all prisoners who are subjected to inhumane conditions in American prisons.  It should remind each of us not to write off any person, even if we read an account of their alleged crimes and feel disgust.  Each of us is capable of change and redemption.

Lainie Singerman is a trial attorney and Vice Chair of Fairfax County Democratic Committee for the central region. She is writing as an individual