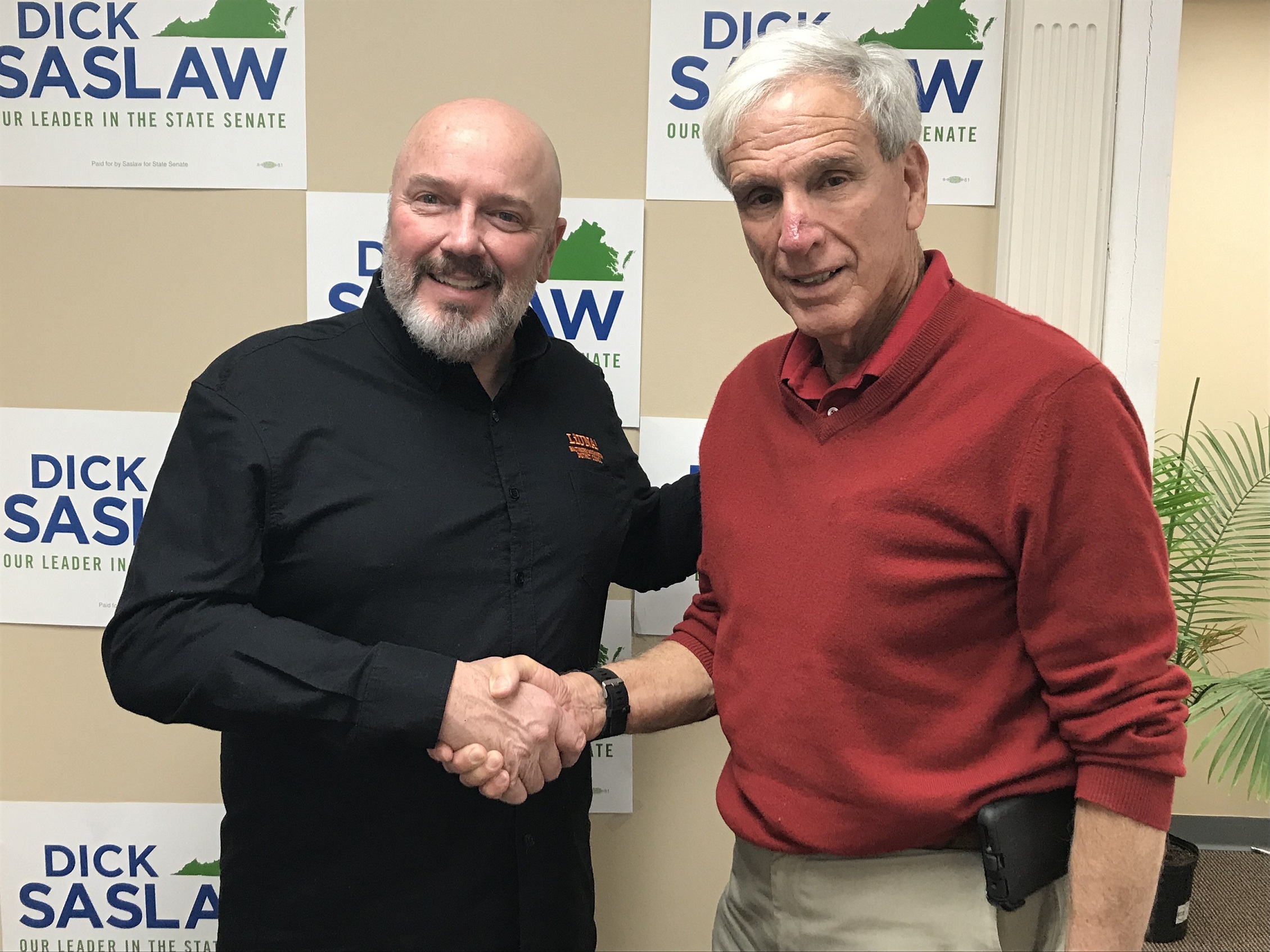 By George Hogan and David Allison:

In a recent OxFam study, an analysis was completed to determine the best state in which to work.

Not surprisingly, our Commonwealth of Virginia placed dead last.

As representatives of two Northern Virginia labor organizations, IBEW 26 and the Baltimore/Washington Laborers’ District Council, this is beyond disheartening.

What does it say about our state government when the Commonwealth clearly favors big business over the needs of hard working Virginians?

That’s not how government is supposed to work. With Republicans in control of both state houses, their agenda has been hurtful to middle class families.

This year, however, we have an opportunity to change all of that.

Democrats are two seats away in both houses to take back control of the legislature. The effects of this would be monumental and have huge positive impacts with not only our memberships but for working Virginians as a whole.

Simply put, this is an opening that we cannot miss. Too much is at stake.

And that’s why our unions are standing behind Sen. Dick Saslaw (D-35).

His ability to get things done, the relationships he has forged in his tenure, and his track record of success standing up for working people are unmatched.

When Amazon announced its intentions to set up shop in Crystal City, it was Sen. Saslaw who picked up the phone to encourage both the state administration and Amazon to agree to a project-work agreement, protecting working people in the process and establishing a level playing field for all contractors interested in bidding on the project.

When one of us (Dave Allison) asked Sen. Saslaw to work towards a similar project-work agreement for construction on I-495, he was on the phone with Gov. Northam the very next day.

This year alone, Sen. Saslaw co-sponsored a bill to raise the minimum wage– which unfortunately did not pass in the Republican-dominated legislature. He also brought the Chancellor of Virginia’s community colleges to the table to discuss possible apprenticeship partnerships with organized labor, and these conversations are ongoing.

These aren’t vague promises. They are real solutions.

In fact, Saslaw seems to have an uncanny ability to broker solutions to serious issues. Medicaid expansion, redistricting reform, and teacher raises are just a few — all successfully passed in recent legislative sessions.

So come June 11, when you go to your polling place to cast your ballot in the primary election, we encourage you to vote for Sen. Saslaw.

Virginia workers not only need a legislative champion, but they need a safe bet.

And with Sen. Saslaw as majority leader of the Senate, we will get someone who has proven time and time again to be the champion and fighter we need.