In August of 2017, James Alex Fields, Jr. intentionally drove his Dodge Challenger into dozens of people, mowing them down and murdering Heather Heyer. In response to the day of violence surrounding the “Unite the Right” rally, President Trump infamously said there are “very fine people on both sides.” The president had apparently equated unabashed white supremacists with the people protesting against them.

Democrats in Virginia and across the nation pointed to the president’s words as yet another example of the stark contrast between the Democratic and Republican parties. Seemingly lost in the chaos in Charlottesville, Virginia and the fallout from the president’s response was that white supremacists had descended on the town to protest the removal of a statute of Robert E. Lee.

The white supremacists seemed to understand what so many elected officials in Virginia deny—a monument to Robert E. Lee is an explicit tribute to white supremacy. 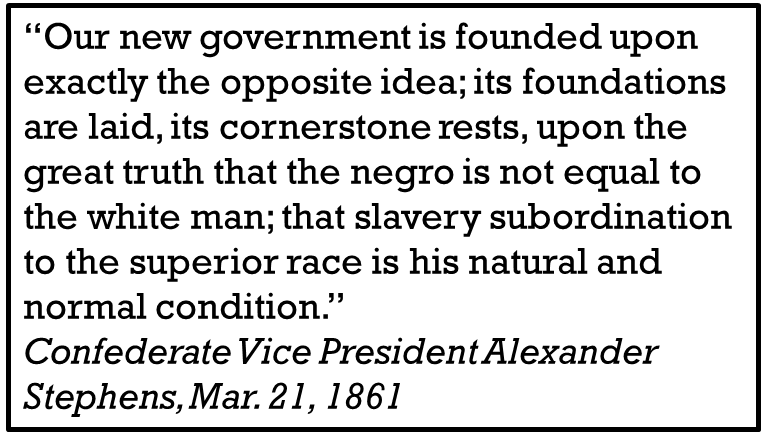 Despite this ugly history, long after his defeat, Robert E. Lee and other relics of the Confederacy still loom over this state with monuments and dedications throughout the Commonwealth. And despite touting itself as increasingly progressive and the home of the blue wave, Fairfax County and its Democratic leadership has largely done nothing about Confederate worship.

I felt the Fairfax County Democratic Committee (FCDC) needed to make its position on these monuments clear.

During FCDC’s most recent general body meeting, on Mar. 26, I introduced a resolution condemning all publicly sponsored symbols honoring the Confederacy and encouraging all federal, states, and municipalities to remove such symbols from public spaces. It specifically called for the Fairfax County School Board to rename Robert E. Lee High School. FCDC unanimously approved the resolution. (Read text here.)

The resolution comes on the heels of Lee District School Board Member Tammy Kaufax introducing a forum topic to examine the criteria for renaming schools named after Confederate soldiers or named after individuals with Confederate ties because the School Board has “recognized that Confederate values are ones that do not align with our community.”

Both the resolution and the forum topic are small steps toward clearly stating a position on these monuments and finally renaming Robert E. Lee High School. Even with this progress, however, I remain skeptical.

This is after all the same school board that took almost two years to make a decision to change the name from JEB Stuart High School to Justice High School, with some Democrats actually voting against the renaming.

In the last few years, Fairfax elected officials have been prolific in their calls for studies, forum topics, and resolutions proclaiming or seeking equity in the county. All evidence produced from these studies, however, demonstrate again and again that we live in a deeply inequitable county, with divisions usually drawn on racial lines. As Democrats living through the Trump era, we claim that we deserve the mantle to govern both locally and nationally because we will govern in a way that is fair and respectful to all.

Why should anyone believe that?

In Fairfax and Virginia generally, it requires us to ignore the data about disproportionate punishments to black and Latino children, ignore the data about the myriad of ways you are disadvantaged as a person of color in Virginia from criminal justice to housing, and ignore that two of the top three Democrats could not resist donning blackface.

Perhaps Democrats can be forgiven for disparate outcomes that could have resulted from long engrained systemic bias. But how do we explain that the Democratically controlled school board seem unwilling to erase these symbols of white supremacy?

Fairfax County must acknowledge that faced with the prospect of integration following the landmark Brown vs Board of Education Supreme Court ruling in 1954, it resisted fiercely and named every high school during that period after Confederates. It must also acknowledge that it still currently sends black and brown students to a school named after someone who believed that they were inherently inferior and should be enslaved from birth.

FCDC made a powerful statement in adopting that resolution. It means that this committee believes that tributes to Robert E. Lee do not have a place in Fairfax County. It believes there are not very fine people on both sides.

The power to rename that rests entirely in the hands of the school board. We should ensure that anyone seeking our endorsement for school board agrees with us and actually acts on renaming Robert E. Lee High School.

Sean Perryman is Recording Secretary for the Fairfax County Democratic Committee. He works as  Director of Diversity and Inclusion Policy and Counsel at the Internet Association. A former litigator, he enjoys writing about issues of equity and race