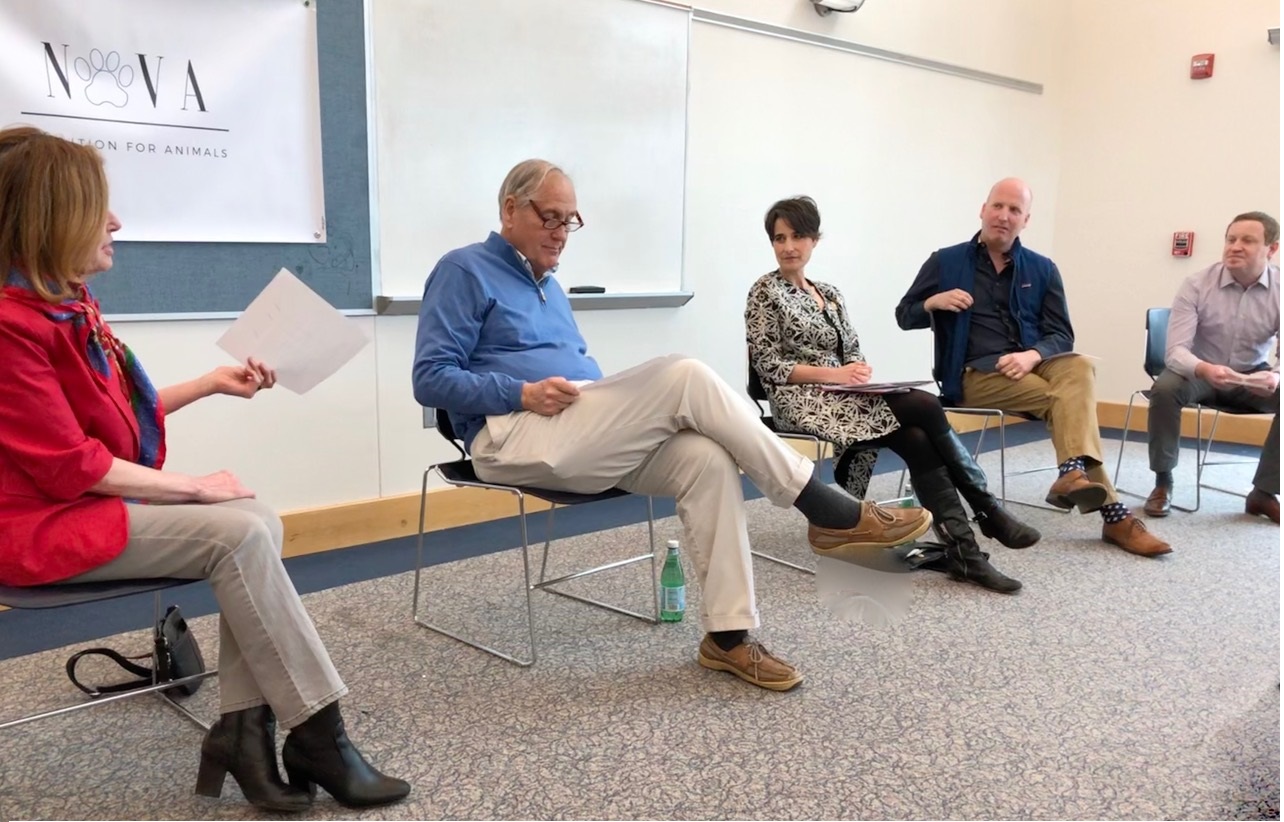 A current investigation into allegations of cruel treatment at a Fairfax pet store highlights the importance of improving legal protection for animals. Nevertheless, about a dozen pro-animal bills failed to win approval in the state legislature in the last session, concluding in March

Four Democratic lawmakers who support better protection for animals met recently in a panel discussion on the issue. They pointed out that a rural-urban split in Virginia politics hinders the passage of pro-animal bills in the Republican-dominated assembly

“We have two Virginias,” said Sen. Dave Marsden (D- 37), who sponsored a bill to require out-of-state breeders selling dogs to pet stores in the Commonwealth to meet the same requirements as Virginia breeders.  “ ‘Liberty Virginia’ in rural areas, where conservative views, independence, and white Christian religion remain strong — and ‘Justice Virginia’ in populated areas of diversity, with the highly educated, and a strong faith in government to solve problems. Two dreams of how life should be lived.”

Marsden added, “While animals may be seen as family members in ‘Justice Virginia’, in  ‘Liberty Virginia’ they are more likely seen as tools. In rural areas, deer hunting is understood and accepted as humane, but what happens to dogs who don’t hunt any more?  Only so many can retire at the fireside.”

The implication is that Republicans, who dominate in rural Virginia, are less likely to support animal protection laws, reflecting the “Liberty Virginia” view of their constituents.

Another pro-animal bill, sponsored by Sen. Jennifer Boysko (D-33), would have prohibited the sale of cosmetics in Virginia that had been tested on animals. Boysko’s bill passed the Senate but was killed in the House Agriculture Committee.

“If all animal bills stayed in the Senate, they would pass, ” remarked Boysko. “But in the House, the difference between attitudes of members is stark.”

Boysko recommended that animal protection supporters seek out voters in rural districts and ask them to speak to their legislators, to ensure that “all people in Virginia hear the voice.”

Del. Kaye Kory (D- 38) added, “Find bills/issues you care about and ask what could change to make a bill passable. Then look for allies.”

Del. Kathy Train (D-42) pointed out that in close votes, a legislator is less likely to jump ship and let the other side pass a bill.  “It’s not easy to be the lone Republican vote.  We need to win over far more than one vote to get passage.”

The legislators were speaking at a panel sponsored by the Northern Virginia Coalition for Animals (NoVACA)  on April 6, at the West Springfield Government Center. They were joined by Matthew Gray, Virginia Director of the Humane Society of the United States, and moderator Charles Michael Fulton, an attorney specializing in animal law.

For more information on humane responsibility for animals and animal legislation, visit NoVACA on the web and on Facebook.