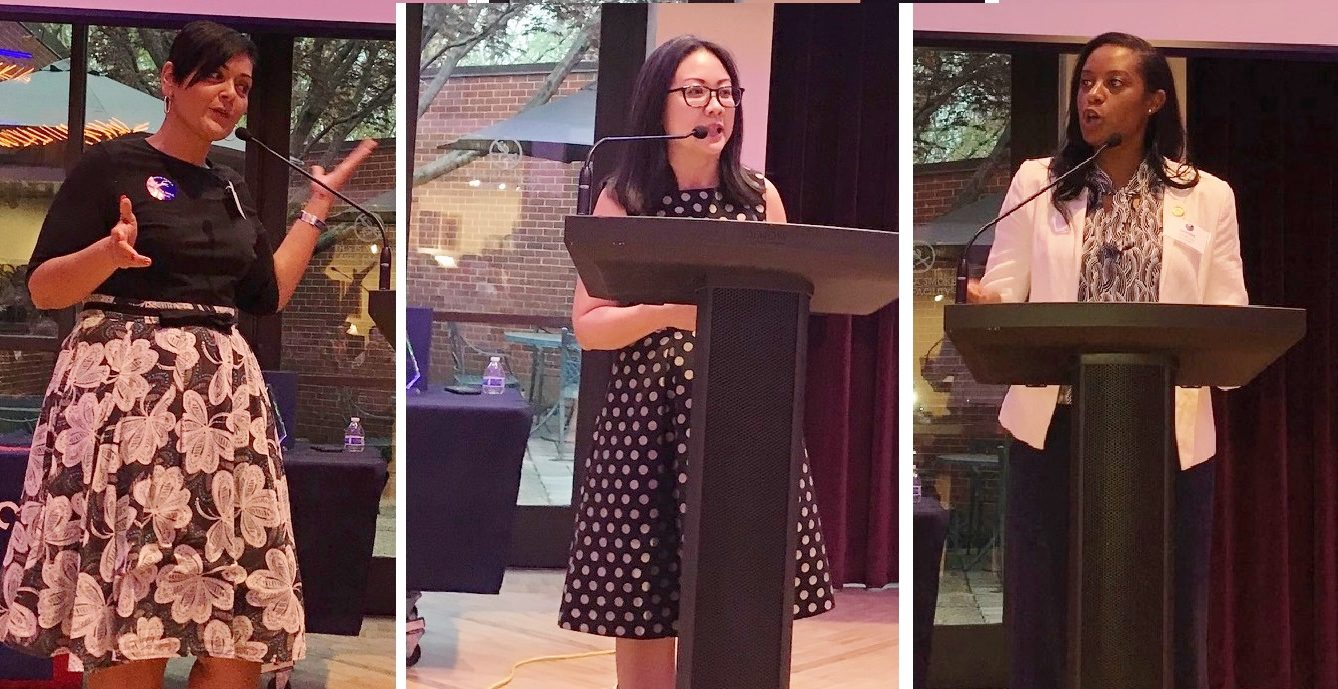 A trio of rising Democratic stars in the state legislature fired up the audience at the Hunter Mill District Democratic Committee’s 44th annual lasagna dinner fundraiser Saturday night with a consistent message– it’s time to take back the majority in both the House and Senate.

Hala Ayala (D- 51), Jennifer Foy (D-2) and Kathy Tran (D-42) each delivered short but punchy presentations at the Reston Community Center exhorting diners to seize the moment to replace long-standing, but now slim, majorities in both chambers of the state assembly in state-wide elections on Nov. 5.

“We are the ones we’ve been waiting for,” said Del. Foy. “Now is the time we can play offense rather than defense.”

Del. Tran recounted some major accomplishments, spearheaded by Democrats, in the 2019 legislative session, such as Medicaid expansion. She also noted some disappointments, progressive legislation torpedoed by Republicans, but said that “all eyes are going to be on Virginia this November,” and that “we’re going to continue to fight for our values” in the effort to flip the legislature.

Del. Ayala used her own example to send a note of inspiration, having overcome financial hardship, family health issues, and rank bigotry in a successful bid to enter the state legislature.

The other major event of the evening was a tribute to Cathy Hudgins, who is retiring after two decades as Hunter Mill District’s representative on the Fairfax County Board of Supervisors. Sup. Hudgins was recognized as an effective voice for social progress and justice by former colleagues including, Rep. Gerry Connolly (D- 11), a former Supervisory Board chair, who is traveling and contributed a congratulatory video.

When she took the podium herself, Del. Hudgins, who was the first African-American to serve on the supervisory board since Reconstruction, observed, “It’s a different day from when I started out… Fairfax County has changed tremendously and for the better.”