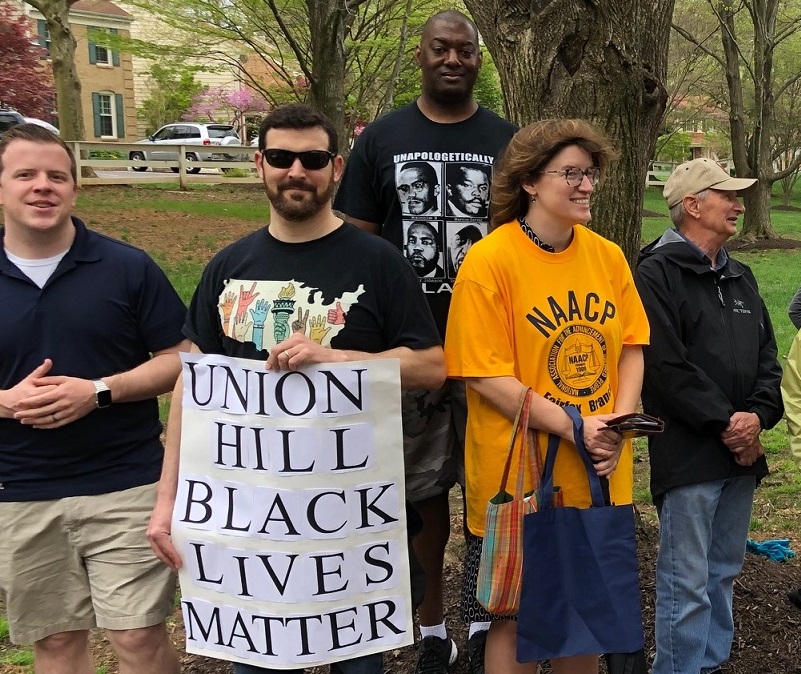 After the cancellation, Farfax NAACP President Kofi Annan commented on Facebook, “Virginians deserve a governor that does not have ties to the KKK. Seems like a pretty low bar. Let’s continue to show up at every event until he leaves [office].”

Northam had planned to feature at the campaign kick-off for state Sen. Dave Marsden (D- 37), running for re-election in November, but cancelled shortly before the event was to take place out of concern, according to a spokesperson, for safety and security at the site, Ponds Community Center.

An estimated 90 people had gathered at the site to chant and wave signs. Approximately 2/3 were grouped with the NAACP representatives and the remainder with the Republicans.

The NAACP group mainly protested that Northam has failed to adequately apologize for, or even explain, racist photos on his medical school yearbook page. They also criticized the siting of a natural gas pipeline compressor in an historically black community, Union Hill in central Virginia..

On the Republican side, the main complaint was Northam’s support for women’s right to choose legal abortion.

Protesters organized by the local NAACP gathered in Burke to protest a planned appearance by Gov. Northam/ Photo by Geofre Schoradt