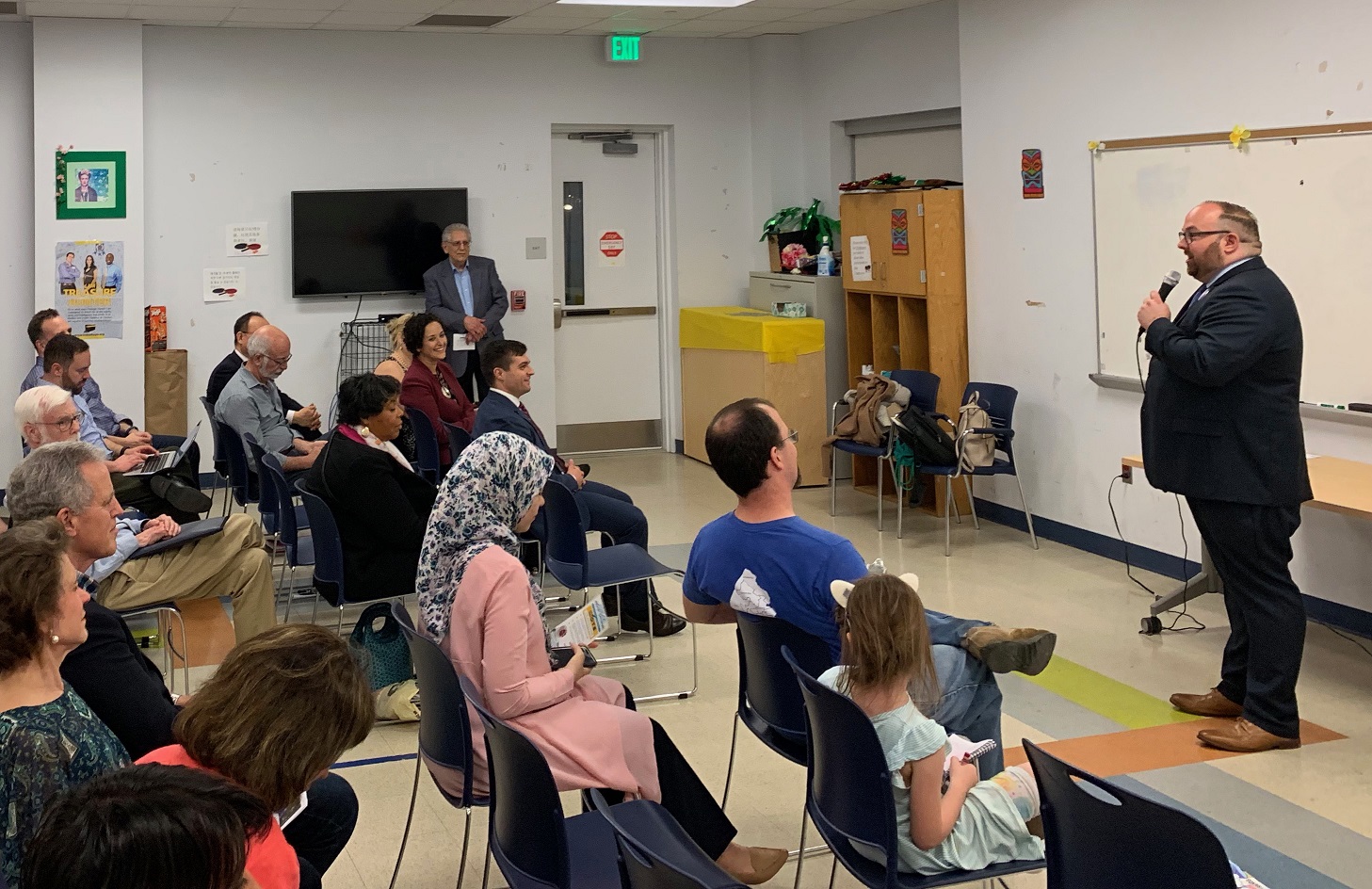 Karl Frisch was endorsed by the Providence District Democratic Committee (PDDC) on April 23 as candidate for that district’s Fairfax County School Board seat. It was the first contested Democratic district school board vote in the 2019 election season.

Frisch, who is executive director of the non-profit organization Allied Progress, won by a wide margin – 62% — over Jung Byun, a data scientist. Of the almost 400 PDDC members, 54% turned out to vote.

Frisch now faces an endorsement vote of the full Fairfax County Democratic Committee on May 21 – which is viewed as a formality – and then the general election on Nov. 5. If successful in November, Frisch will be the first openly LGBTQ+ local elected official in Fairfax County history.

“I firmly believe that the best educators, schools, and academic programs should not be reserved for the privileged few,” said Frisch.

Added PDDC Chair Ray Marin,  “The mutual respect and consideration that the candidates displayed for each other was truly inspiring. Both exemplify the very best of Democratic values and ideals. A big thank-you to Karl and Jung; they made us all winners.”