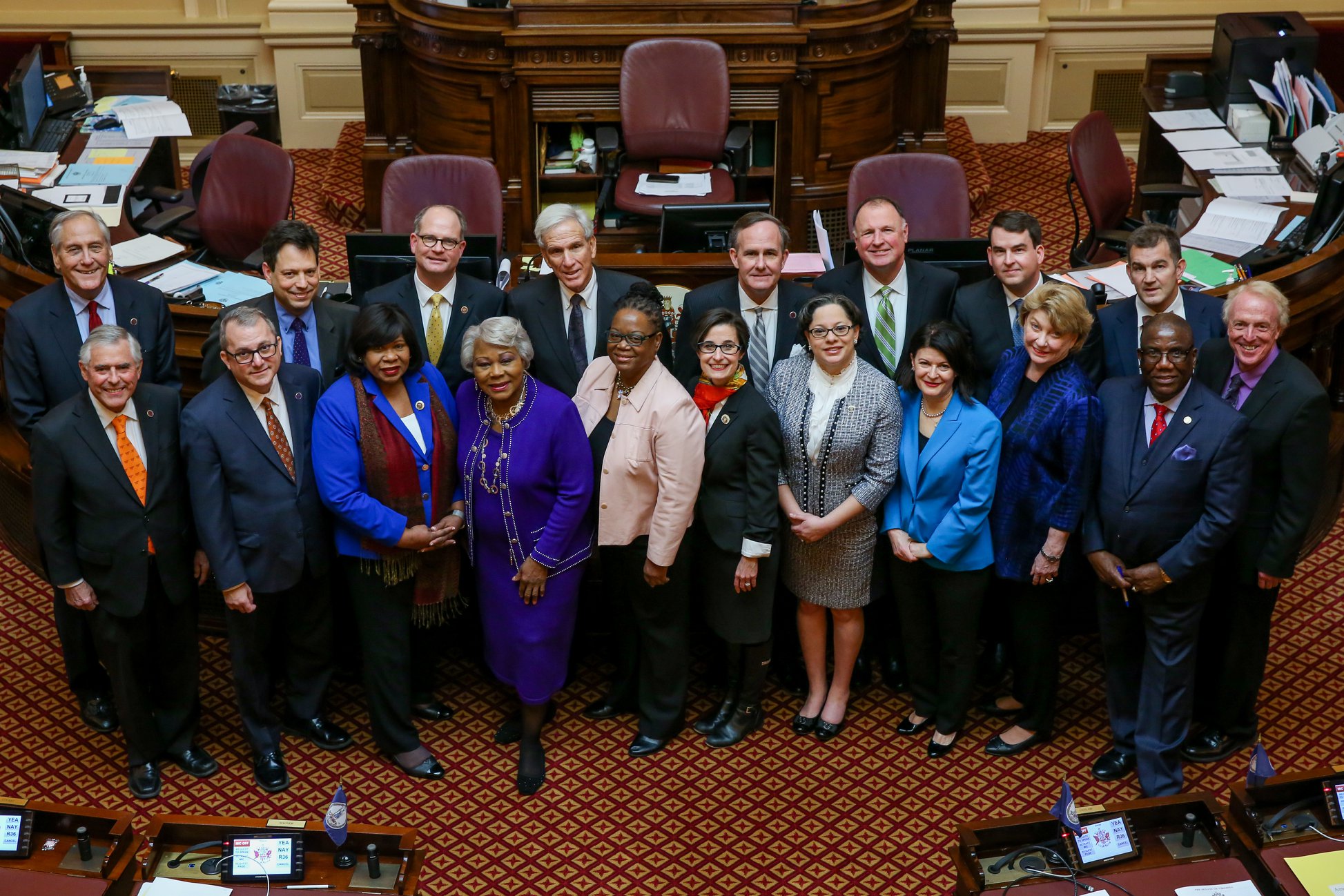 To the Editor of The Blue View:

Stop us if you’ve heard this before: “This election is the most consequential of our lifetimes.” We say it every November – and we’re proven right time and time again.

After last year’s midterm elections, the House of Representatives is finally providing the much-needed check that President Trump’s White House has been lacking.

Two years ago, in 2017, as the result of Virginia Democrats’ statewide sweeps and 15-seat pickup in the House of Delegates, 400,000 Virginians received access to affordable, quality healthcare.

The same, however, is true for this November. Virginia has a monumental opportunity to change the trajectory of the Commonwealth.

For the first time in three decades, Democratic control of the House of Delegates and the state Senate is within our reach, the effects of which every Virginian will feel.

Passing real gun violence prevention measures, like universal background checks, so that every parent in Virginia can send their child to school, to a park, or place of worship without worry.

Raising the minimum wage to a living wage so that working Virginians can get by with one job, not two or three.

And investing more in education, teachers, and students so that tomorrow’s generation is prepared to enter and thrive in Virginia’s economy, whatever path they choose.

This is what’s as stake. It’s real. It’s tangible. And it’s within our grasp.

But in order to get there – we have work to do. Not only in November but in a few short weeks as well, on June 11th.

We are proud, for all the reasons we listed above, to support our Democratic Leader in the Senate, Dick Saslaw (D-35), in his re-election – and we hope you’ll join us.

We see first-hand, both in and out of Richmond, the dedication Dick has to his district, the Senate, and the progressive ideals we all hold near and dear.

While we’re sure you’ve been inundated with phone calls, door knocks, and mailers about this race, let us assure you, the constituents of the 35th District could not have a better representative in the General Assembly than Dick Saslaw.

Not only is he thoughtful and strategic with how he leads the Senate Democratic caucus, he’s caring, passionate, and deeply loyal to the issues and his colleagues that he works with every single day.

He’s accomplished more in his tenure in Richmond than most people can imagine. And it’s because of that effectiveness that we need him to return to Richmond, this time as Majority Leader.

We urge his constituents to join us in our support. And hope you’ll cast your ballot for him on the Democratic Primary June 11th.

The following legislators co-signed this letter, including all Democratic senators from Alexandria City and Arlington, Fairfax and Loudoun Counties: