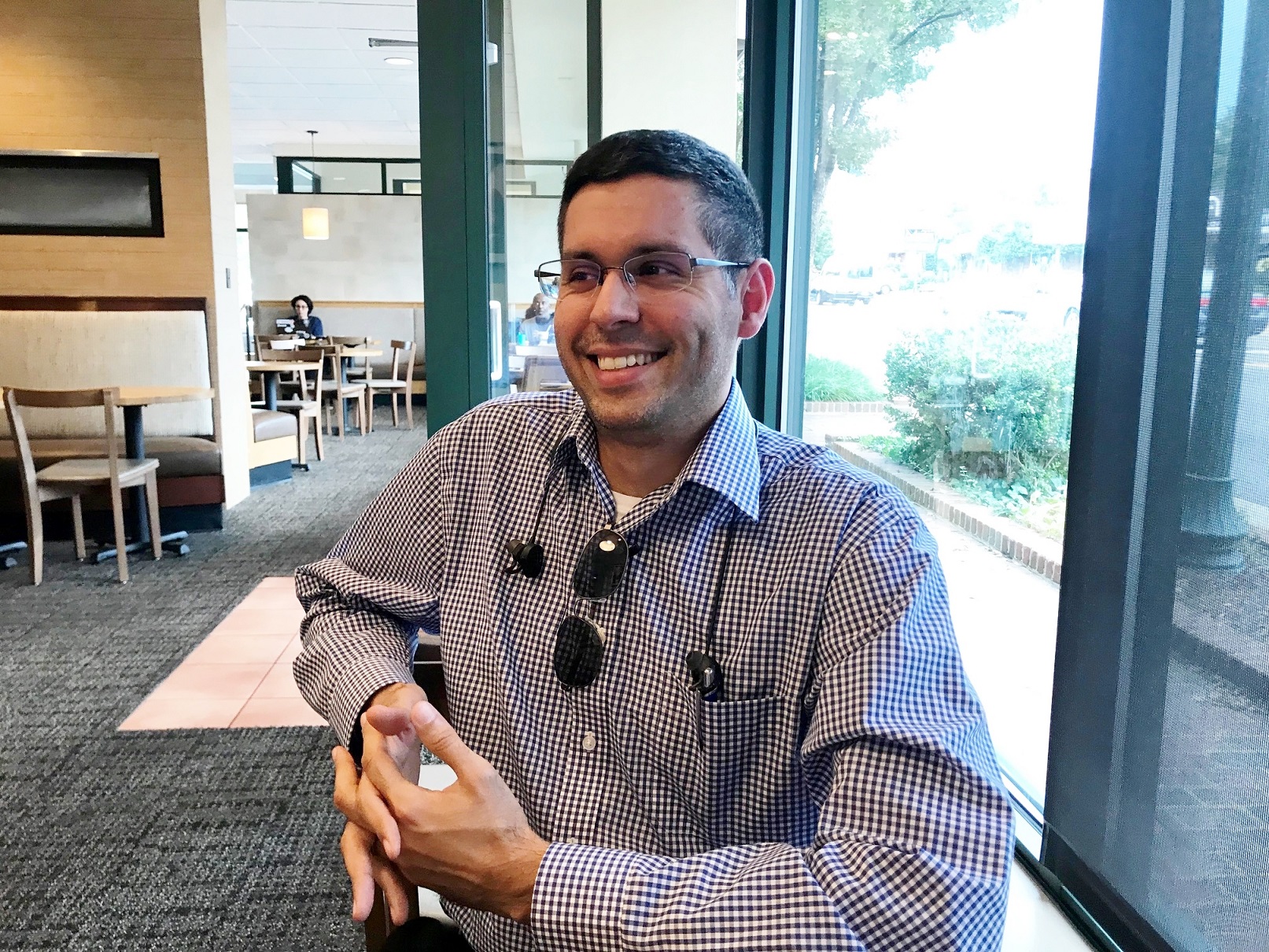 Ricardo Alfaro is a man on a mission. As the newly elected president of the Latino Democratic Caucus in Virginia, he has crafted an ambitious workplan to expand the group’s reach and counter the rising tide of fear engulfing the Latino community in the Trump era.

“No one should feel unsafe going to school or grocery shopping and that is what is happening here. You see Latinos – both documented and undocumented — afraid to go out because they may be stopped by police,” he said.

His goal: “I want our community to feel safe.”

Alfaro remembers that growing up in Puerto Rico, children were taught from kindergarten that race didn’t exist, as almost everyone’s ancestry was a mix of Taino (the pre-Columbian inhabitants), European and African.

“When I came to the mainland, I didn’t see color,” he said. “But here, I see racial tension constantly. And it’s getting worse” since the election of Donald Trump to the White House in 2016.

Alfaro and other officers were elected to lead the caucus in July. Formally called the Democratic Latino Organization of Virginia, the group has about 250 dues-paying members, and a total active force, including volunteers, of about 1,000. More than half are located in Northern Virginia, with Richmond the second largest concentration, but its reach extends, via regional vice-chairs, throughout the state.

Although still in his 30s, Alfaro has more than a decade of experience in politics, including senior positions with Young Democrats of America and in gubernatorial campaigns in Puerto Rico. Now he lives in Alexandria and works as an IT specialist for a federal agency, putting his electrical engineering degree to good use.

The new Latino Caucus president has a coherent vision for revitalizing the group, divided into four “quadrants.”

Quadrant 1 is training and empowering Latinos to run for office. “A lot of people have motivation to run but don’t know where to start,” he noted.

Quadrant 2 is supporting Latino and other candidates who prioritize Latino concerns. Currently, at a state House level, the primary targets for support in the upcoming election Nov. 5 are incumbent Delegates Hala Ayala (dist. 51), Elizabeth Guzman (dist. 31) and Alfonso Lopez (dist. 49), and candidates Phil Hernandez (dist. 100) and Neri Canahui-Ortiz (dist. 54). In Fairfax County races, the caucus is focusing at this time on support for Dalia Palchik, currently School Board member and running for Supervisor from Providence District.

Quadrant 3 is building the group’s grassroots base, especially in regions where it is now not strong.

“That’s my workplan,” Alfaro summed up. “I know it sounds ambitious, but we can get there.”