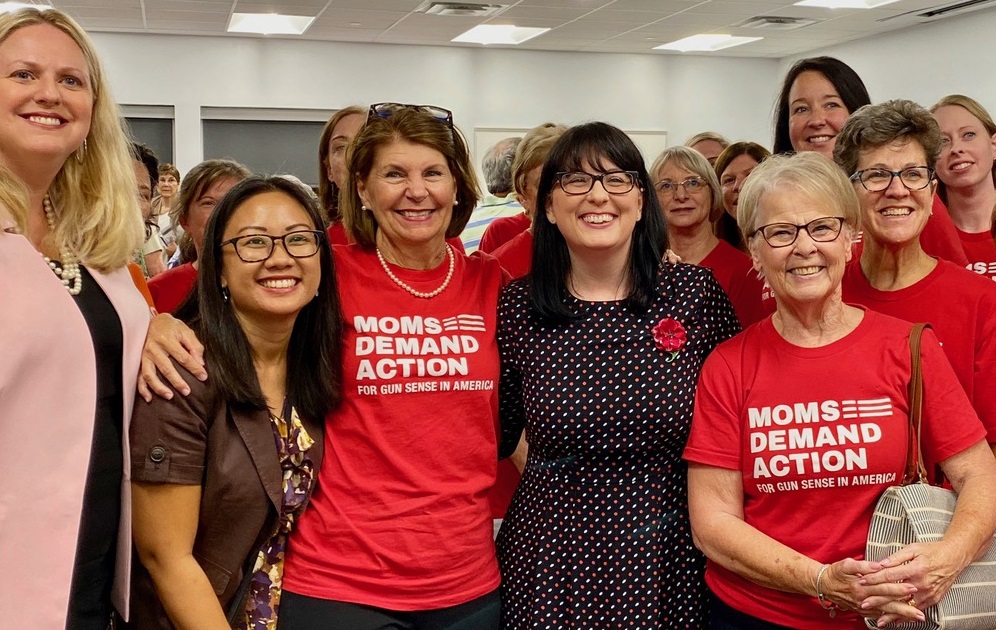 Gun violence was a defining issue at the Springfield District candidate forum on Thursday, Oct. 3, attended by candidates for Fairfax County School Board, county Board of Supervisors, and state delegate.

Laura Jane H. Cohen, Democratic-endorsed candidate for school board, criticized incumbent Elizabeth L. Schultz, Republican-endorsed, for favoring armed teachers in schools.   Both Cohen and R.K. McDaniel, an independent candidate, call for school counselors and social workers to address stresses that lead to potential gun violence and suicide, not gun-toting teachers. Schultz observed that such resources are “not safety related”.

Her challengers also criticized Shultz for frequent failure to show up for board meetings and committee assignments; for abstaining or being absent for critical votes; and for her lack of empathy for LGBTQ+ students and staff. These concerns went unanswered by Schultz.

Gun violence concerns came up in the delegate race portion of the forum, too. Incumbent Kathy K.L. Tran (D-42), described gun violence not as just mass shootings but the violence we see daily in big cities or for families dealing with suicide.  She criticized Republican leadership in the state General Assembly for thwarting Gov. Ralph Northam’s special session on gun violence in August by cutting the session short after only 90 minutes and delaying action on dozens of bills filed until after next month’s election.

Her Republican challenger, Steve P. Adragna, downplayed the importance of gun violence in the Commonwealth. “There is no ‘daily’ gun violence in Virginia any longer, as the fourth safest state in the nation for violent crime” for two years, he said. He acknowledged being a strong supporter for second amendment rights before the crowd filled with red-shirted Moms Demand Action members. He added that he did favor “some common sense measures to keep fire arms out of the hands of those who ought not to have them”.

In her remarks, Board of Supervisor Democratic candidate Linda D. Sperling pledged support for maintaining and investing in our public schools; improving public transportation infrastructure; providing more options for alternative transportation, including expanding options for County Connector service in Springfield; maintaining the safety and quality of life in our community; and protecting our environment.  The incumbent, Republican Pat Herrity, did not attend.

The forum, held at Pohick Regional Library, was part of an on-going series of forums hosted by the League of Women Voters through October 23.  The forums scheduled across the nine Fairfax County magisterial districts provide access to local and state candidates who will appear on the ballot in the general election on Tue., Nov. 5.  The League is a nonpartisan political organization which encourages informed and active participation in government. For more information and a forum schedule, see www.lwv-fairfax.org/candidateforum.