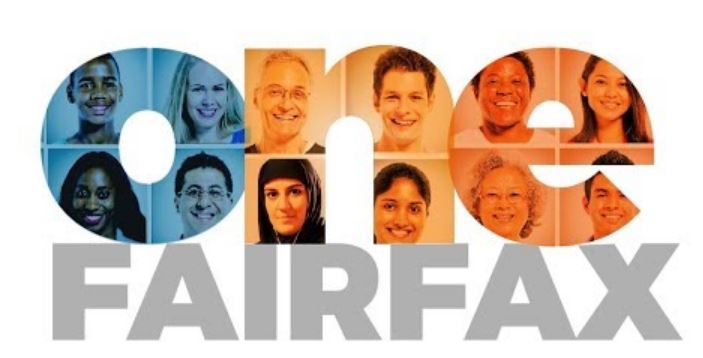 Natasha McKenna died five years ago this past weekend, February 8, 2015 — naked, cold, frightened, shackled, muzzled, and black — after a rough afternoon at Fairfax County jail.   The social and racial inequities that contributed to her death still loom as the OneFairfax policy is extended throughout county government.

I wasn’t thinking about racial inequity when I volunteered to help Sheriff Stacey Kincaid manage what became a long hot summer of investigation, protests, and relentless adverse publicity. I wasn’t even necessarily thinking about my civic duty. Here was a rare (unpaid) opportunity to work on a difficult case.

Natasha was a victim of several mental illnesses including depression. She died unexpectedly following a traumatic extraction from jail intended to enable her to get access to care, but that wound up with her being tased four times by a team of deputies. The entire episode was recorded. The Washington Post excoriated the sheriff five (!) times editorially.  I advocated a “let’s-release-the-video-and-keep-our-heads-down” PR strategy that found a credible alternative villain in America’s broken mental health system. An investigation found no wrongdoing. 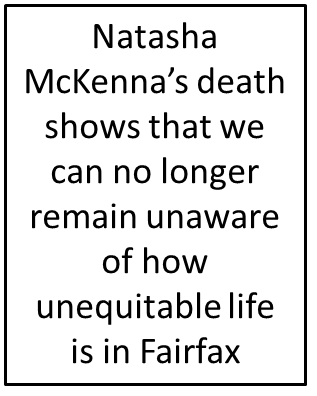 But something very wrong obviously did happen, and my inability to grasp it fully in the moment will cause readers of color to shake their heads wearily at my clueless white privilege. I didn’t get it: I believed (still do) the deputies involved meant Natasha no harm. I believed (still do) Sheriff Kincaid’s human compassion matches her lifelong passion for public safety: The county’s DiversionFirst program she championed has become a national model.

Epiphany for me arrived in the form of the social theory of “intersectionality.”

Well-known to people of color, intersectionality explains how categorizations such as race, class, gender, sex and disability create overlapping and interdependent systems of discrimination or disadvantage.

Natasha was the personification of intersectionality: She was black … naked, an inmate, indigent, a woman, and her mental condition seriously had deteriorated.  Had I been in Natasha’s place, would the outcome have been the same?

OneFairfax  is the framework used by the county Board of Supervisors to “intentionally consider equity when making policies or delivering programs and services.” It recognizes that, five years after Natasha’s death, we as a community no longer can afford to be unaware about how inequitable life is in Fairfax.  Public policy in housing , zoning, transportation, hiring, and in public safety job opportunities has long been infested. Many in our ever-more-diverse community suffer from one or more disadvantages attributable to intersectionality.

There is much to work on:

The research underlying OneFairfax reveals that when equity becomes part of the premise of public policymaking, positive results follow. This finding is all the more potent when we recognize that individuals who once were known collectively as “minorities” soon will be the majority in Fairfax:  we need all hands on deck if we want to continue to thrive.

Fortunately, “equity” already is a routine component of county decisionmaking.  The pursuit of equity does not require that people of color or underserved residents receive special treatment or quotas that reduce someone else’s slice of the pie, only that they have an equal opportunity to pursue their own potential.  Here in Fairfax we have lots of pies.

The question of how Natasha McKenna died will always be controversial.  But we know why she died.  Racial and social inequity, whether it is rooted in virulent racism or clueless white privilege, has long outlived its cruelty, or for that matter its usefulness, to Fairfax.

I will never be “woke,” but at least I’m awake. Today I offer my volunteer time to citizens’ groups including the OneFairfax Community Roundtable, the Human Services Council and the Council to End Domestic Violence.  Many opportunities abound for residents – you, for example — to boost Fairfax County’s future as a great place to live, work and play, by rallying around equity and fairness in public policy.

Natasha McKenna left behind a seven-year-old daughter.  Let’s do this for her. 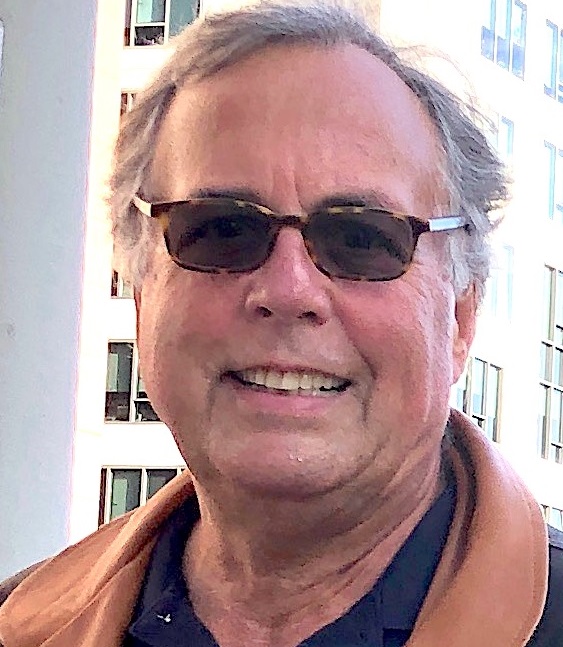 Tom Goodwin is a crisis communications counselor and member of the Fairfax County Human Services Council, the OneFairfax Community Roundtable, and the Council to End Domestic Violence. He is also chairman of the Board of Directors at Shelter House, a nonprofit homelessness services agency.