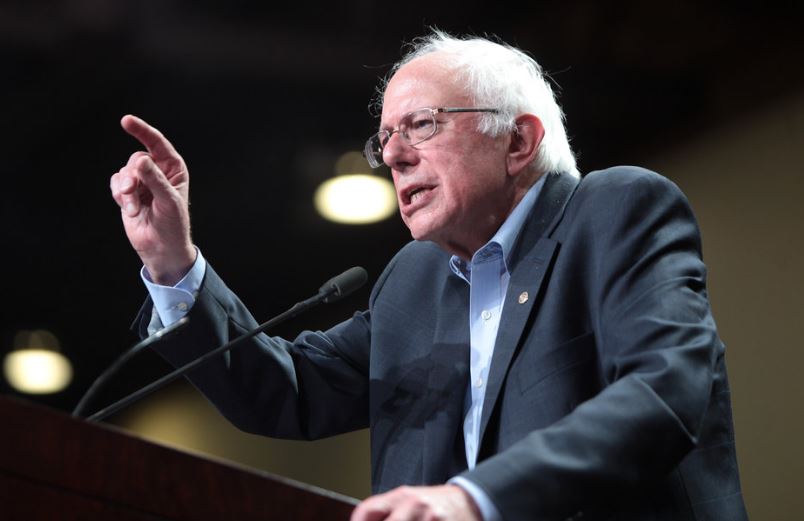 Editor’s Note: Another in our series of personal statements of support from readers for Democratic presidential candidates

The media and the top 1% wish Sen. Bernie Sanders would just go away. He doesn’t seem to follow the rules. He has a dedicated following; some would say too passionate.  But no matter how you feel about him, at this point in the race he must be taken seriously.

I first “felt the Bern” when I saw him speak at a rally in September 2015 in Manassas, Va.  As he spoke, the whole world started bouncing up and down, and then I realized, I was nodding my head as he listed his signature issues, many of which had been seen as too radical by the Democratic Party for decades, but have since become mainstream:

In 2020, his theme is “Not me, Us.” It is about bringing people together, and creating a society that works for everyone. The Political Revolution is about more and more people getting involved in the political process. When he talks about democratic socialism, he means the U.S. catching up to the social democracies seen in almost all advanced societies like Denmark, the UK, or Canada that provide child care, health care, and more, to everyone because, as Bernie says, “We are all in this together.”

As Virginia’s primary on Tuesday, Mar. 3, approaches, I hope you take a minute to look at Bernie with fresh eyes. He brings an unmatched authenticity and passion to the race, and his diverse coalition of supporters includes Alexandria Ocasio-Cortez and many youth organizers.  His grassroots-funded campaign may become the template for candidates in the future, and his populist message could resonate with independents and working class voters in the general election.

Mike Sandler was a National Delegate for Bernie Sanders in 2016, representing the 10th Congressional District of Virginia.  He is a member of the Springfield District Democratic Committee.