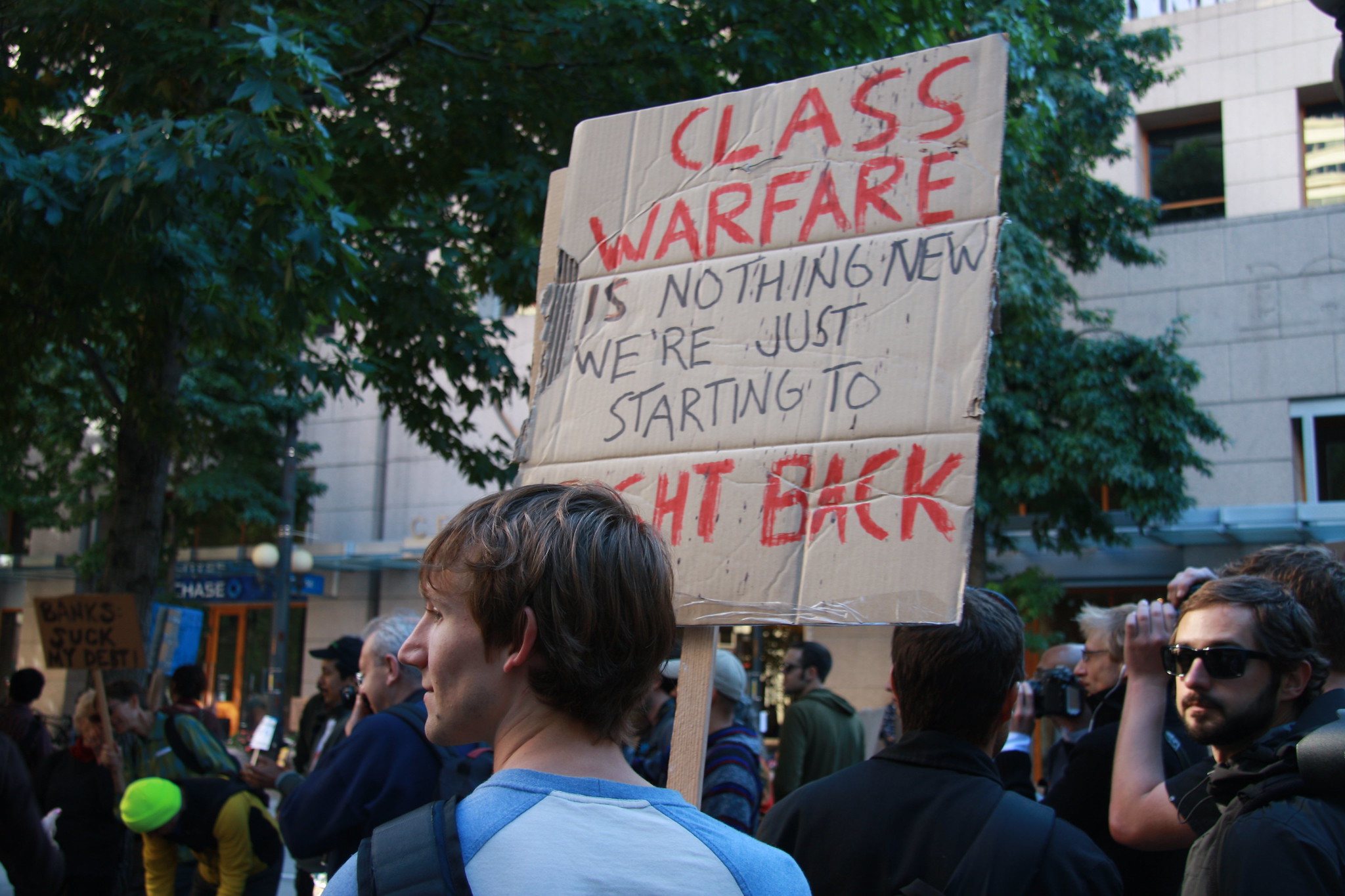 Political scientist Michael Lind warns of a new class war in America  — between well-educated elites and a multiracial working class — in a new book that has garnered much attention,

Lind paints an alarming picture of a divided country but also shows how these divisions can be overcome so they do not become normalized in American life for generations to come.

In The New Class War, Lind calls for a sharing of economic and civic power between “managerial elites,” who are largely clustered on the East and West Coasts, and multiracial, religious working classes in the heartland of the country.

This power-sharing, which he calls “democratic pluralism,” is essential to move the country forward from the perils brought on by free market liberalism, socialism, and state corporatism, he believes.

Although heavy with jargon, the book steers an independent course not explicitly affiliated with either Republican or Democratic policies. Lind provides a refreshing change of pace from the hyper-partisanship that characterizes so much of political debate today.

Lind sees power rapidly flowing toward “the managerial overclass, ” whose members  are  “the university-credentialed elite that clusters in high-income hubs and dominates government, the economy, and the culture” of the rest of the country.

Increasingly isolated, these groups are failing to enter into “cross-class” organizations to co-exist and learn from the much larger population that live away from the meritocratic society of the coasts.

The core of Lind’s argument is that such cross-class activity is essential to close the rapidly growing gap between “hubs” and “heartlands” – which could also be read as “city” and “countryside,” or “urban” and “rural.”

Cross-class organizations bring together political- economic elites and the working-classes. Examples are  fraternal organizations and volunteer-based groups – or even the now discontinued military draft.

Even in their altruism, the elites prefer “joining boards and coordinating committees that left them in the position of doing public-spirited things for or to ordinary citizens,” rather than being with all types of citizens through the ups and downs of everyday life.

Ultimately, Lind believes that a “cross-class compromise” to re-create “democratic pluralism” is essential for working class majorities to regain the political, and therefore economic, power that they currently lack.

Failure to achieve this compromise, Lind writes, will result in the triumph of the elites in a “high-tech caste system” or the “empowerment of populist demagogues” which could imperil the entire democratic system.

Lind correctly recognizes that money and wealth often lead to concentrated and corrosive power, but his class-based analysis may over-simplify the magnitude and complexity of challenges facing society. By setting the breakdown in relations between business and labor as his overarching theme, he relegates important issues such as race, immigration, trade, the environment, and social values as subsidiary topics.

On the other hand, perhaps the simple but powerful tool of class-based analysis can be useful in making sense out of the multitude of profound effects rippling from the extreme shocks our global and national economies have been experiencing nearly every decade from 9/11 to the Great Recession to the current coronavirus outbreak.

As an added bonus, in our current hyper-partisan environment, Lind does the unthinkable – he weaves together a cohesive and persuasive narrative free of partisan mudslinging, which makes for a worthwhile read when pondering ways to help improve society.

Brandon Thurner is a member of the Providence District Democratic Committee, where he serves as inaugural vice chair for statewide support