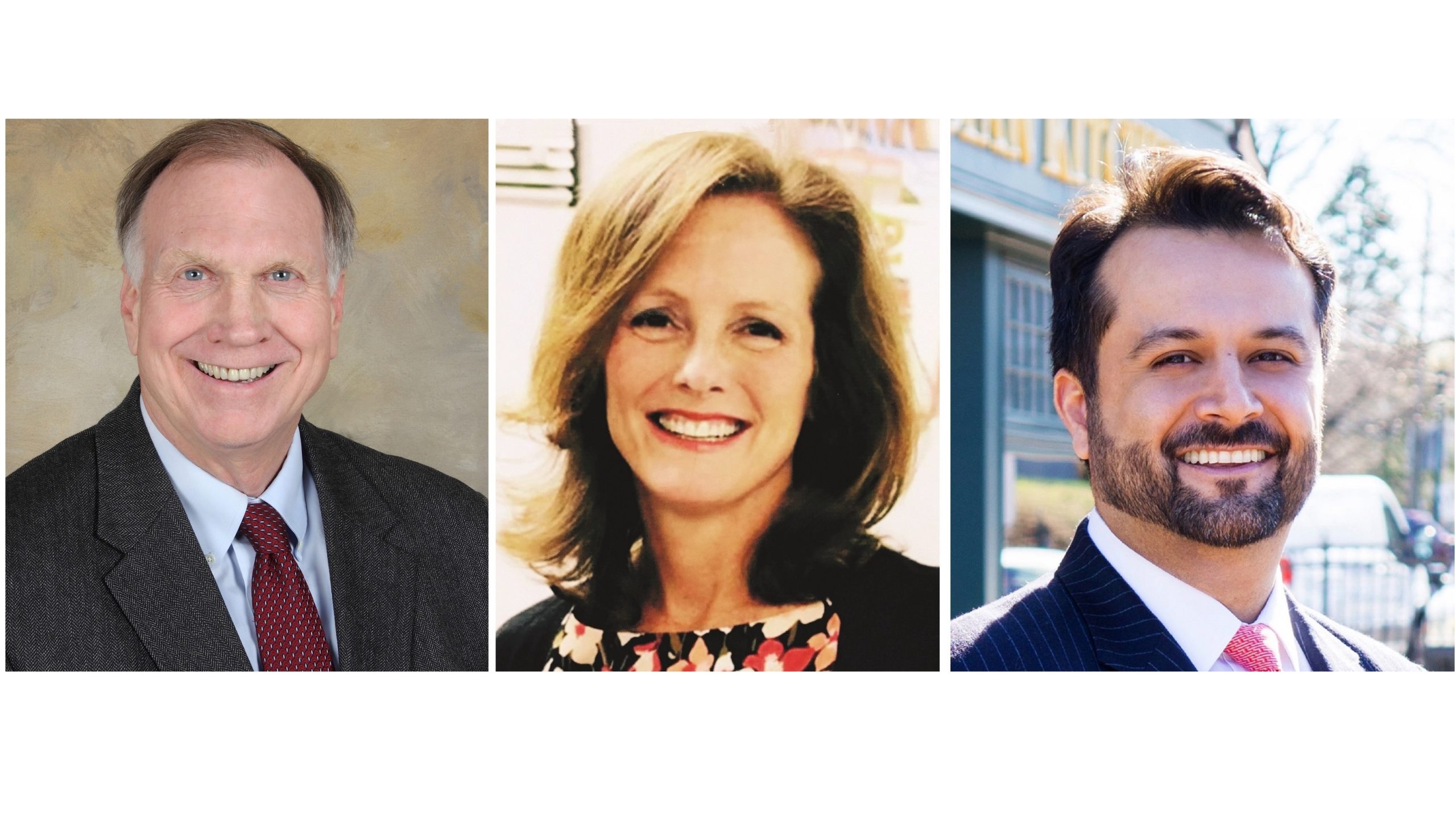 As we get closer to the May 19th Town of Vienna election, I’ve noticed a sharp uptick in mentions of candidates’ party affiliation in online discussions. Although these are nonpartisan elections, we know the value of knowing someone’s preferred party. We vote for candidates based on a lot of factors. And in the event that we don’t know much about a particular candidate, their party affiliation helps us understand the values they hold.

In a recent article in The Blue View, the three candidates for mayor responded to a questionnaire about their backgrounds, priorities and if they consider themselves Democrats. Only Howard Springsteen called himself a Democrat, while Linda Jane Colbert and Pasha Majdi called themselves some variation of “independent.”

That got me thinking – I know a lot of Republicans, and especially after the election of the “Menace in Chief,” they’ve opted to label themselves “independent” instead of tying themselves to the Republican Party. So, I decided to do some digging into all three mayoral candidates’ voting records. Because there is no party registration in Virginia, voting record is the only data point we can go on to determine someone’s affiliation.

Using the publicly available voter file, I took a look at the voting records of the three candidates for mayor. What shocked me most was that the candidates who consider themselves “independent” (they’re all officially independent on the ballot) have a deep history of voting in Republican primaries. See for yourself. 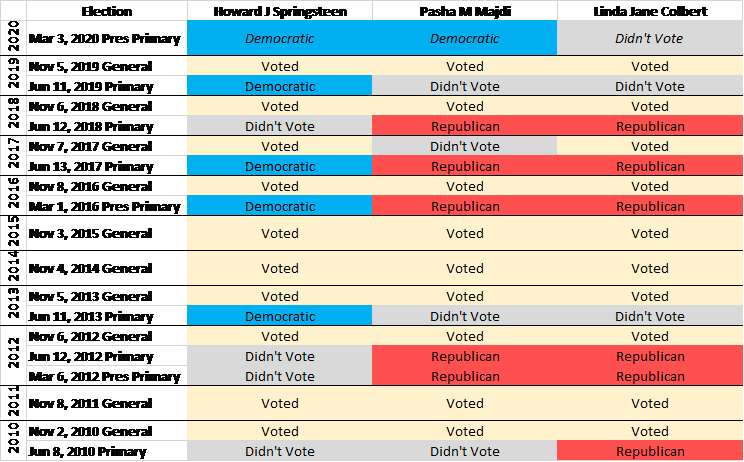 An interesting pattern has emerged. When given the option, Howard votes in Democratic primaries, and Linda and Pasha vote in Republican ones. The independence purported by Pasha and Linda should be interpreted in the context of their voting record.

I like all three candidates. I signed Linda’s petition to get on the ballot.

These local elections aren’t partisan, but as I mentioned, knowing party affiliation is key to knowing the values a candidate will hold in office. Local government is often a stepping-stone to higher office. Many of our local officials started off in town, city or county government. We need to know that candidates are being upfront about who they are, what values they hold, and yes, how they vote.

I am voting for Howard Springsteen, the only Democrat running and in my opinion the best candidate for the job.

Alan Lindsay is a retired programmer and a volunteer for Hunter Mill Democratic Committee, serving as precinct captain for Precinct 213 – VIENNA #1