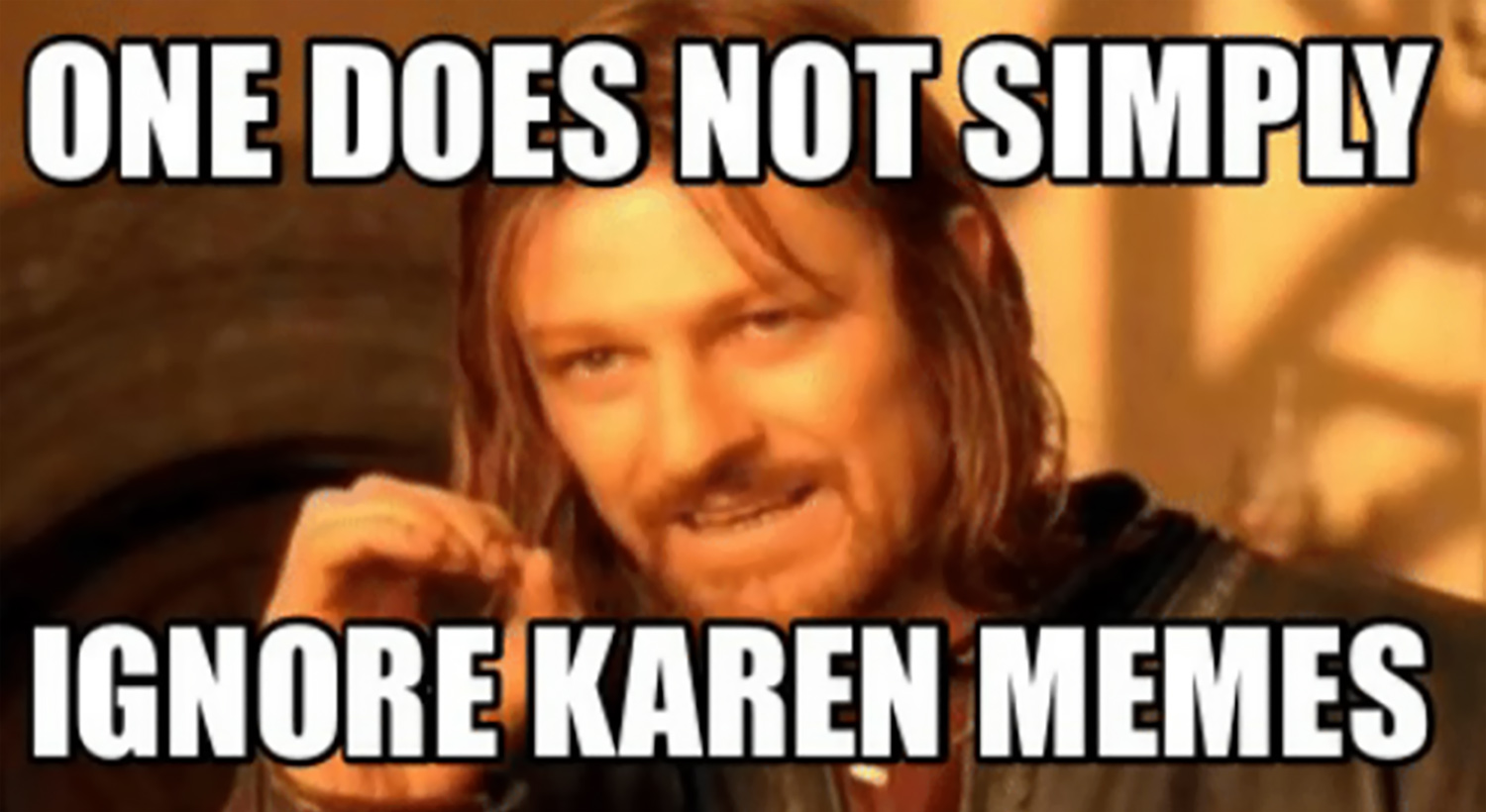 At first the memes were amusing, sort of. Then they started being somewhat irritating. Now, calling white women behaving a certain way “Karen” is meandering toward dangerous.

A Tweet calling the woman who lied to police, saying that an innocent African-American man was threatening her, did just that in an intro to a video: “Oh, when Karens take a walk with their dogs off leash in the famous Bramble in NY’s Central Park, where it is clearly posted on signs that dogs MUST be leashed at all times, and someone like my brother (an avid birder) politely asks her to put her dog on the leash.”

The Tweet, seen by more than 40 million people  on Twitter and YouTube, was posted by bird-watcher Christian Cooper’s sister, Melody Cooper, about the woman who went ballistic when he asked her to leash her dog. Actually, it’s the Ramble, or is correcting this a “Karen” thing to do?

I can see how it’s tempting to use an easy label in a Tweet for the way some women behave, but it’s hurtful stereotyping for those of us who happened to be named Karen but do not fit the “profile.”

Karen is a popular name for baby boomers. Unpretentious. I was one of four in my St. Pius X class in Bedford, Ohio. I think that the name was popularized by a helpful, cheerful character in the movie,” All About Eve,” which was released Jan. 15, 1951, two weeks and a day before I was born.

We Karens moved through several grades. We were well-behaved, even humble (it was a Catholic grade school, after all) — mostly quiet, friendly and cheerful. None of us was a child of privilege and through the years, we worked hard for everything we got.

Now, our name is a joke or worse, a way to identify white women who are privileged, racist, overbearing, anti-science. I am sure that there are some Karens that fit the memes, but so do some women with any given name.

I think that it’s time for the trolls to move on and stop this particular form of stereotyping. When I tell people my name, I don’t want them to think that I’m racist, privileged, and God forbid, a Trump supporter.  I’m none of those.

I can think of worse things than Karen to call the woman who, instead of leashing her dog as required by regulations, feigned being threatened by a polite African-American man and called the police. By the way, her name is Amy.

Read the latest on the Central Park confrontation here.

Main Photo: A Karen Meme created by Funny One featuring Sean Bean playing Boromir in “Lord of the Rings.”