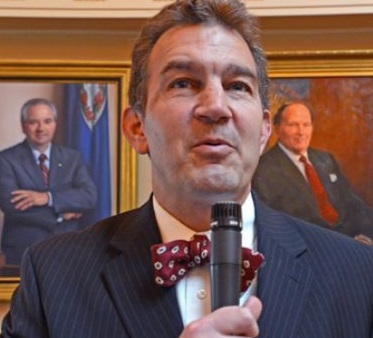 State Sen. Chap Petersen (D-34) has been criticized by 33 leaders of Fairfax County Democratic Committee (FCDC) for favorable comments he made about public education under Jim Crow segregation.

Petersen made the comments Thursday, June 11, on a radio talk show and apologized after the Fairfax County NAACP called them “racist and hurtful”. The FCDC leaders’ statement acknowledges the apology but terms it “only a first step.”

The NAACP statement (full text here) called Petersen’s words “unacceptable at any time but especially now in the wake of yet another Black person attacked by police right here in Fairfax County.”

In his apology on his Facebook page, Petersen said, “I did not mean (and I hope this is clear) to excuse in any way the policies of racial segregation which caused so much harm in this state and others.”

The FCDC leaders’ statement, issued Sat., June 13, calls Petersen’s comments “inaccurate and harmful” and calls on him to join the rest of the Democratic Party in fighting against racial and social injustice.

Here is the statement, signed by 33 members of the FCDC Steering Committee:

Senator Chap Petersen recently made offensive comments about American school systems under Jim Crow, for which he apologized after the Fairfax NAACP rightly pointed out his “lack of empathy…for the plight of people of color throughout history.”

We, the undersigned members of the Steering Committee of the Fairfax County Democratic Committee, while acknowledging Senator Petersen’s apology, find his original comments inaccurate and harmful. His apology is only the first step.

We hope the Senator will join the rest of the Democratic Party in redoubling our efforts to fight against racial and social injustices wherever they can be found in our society.