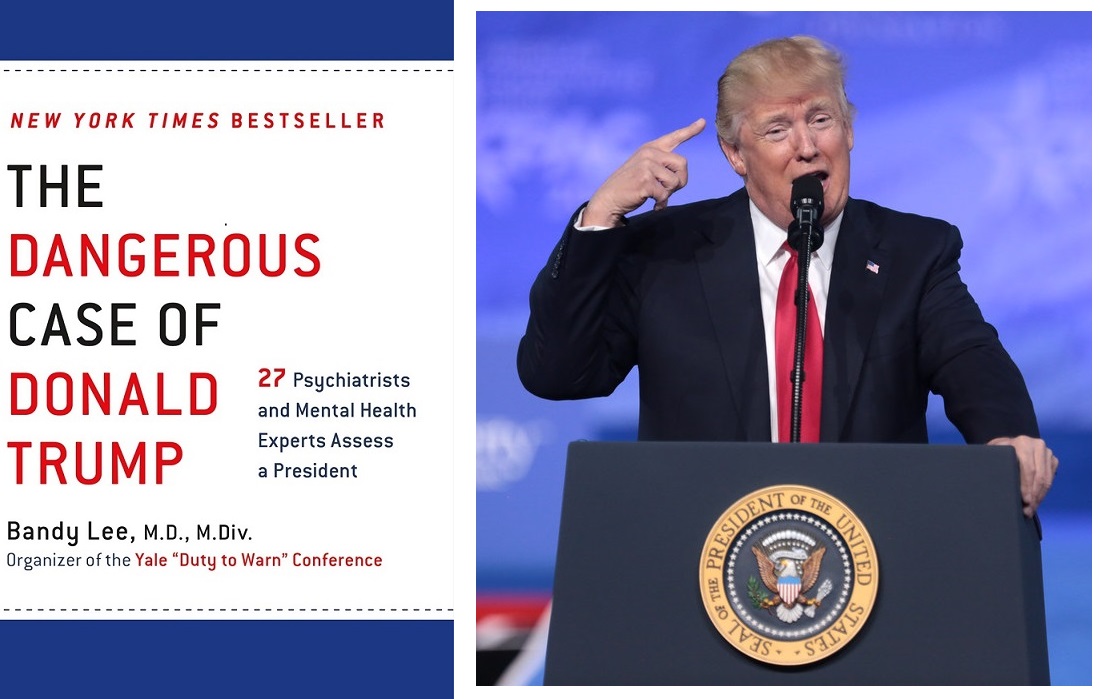 Many of us have asked ourselves if there is something wrong with Donald Trump’s mental state, seeing his behavior stray so far from the norms set by his predecessors in the White House.

Now we have a chance to discuss that important issue with an expert, literally the person who wrote the book on the subject: “The Dangerous Case of Donald Trump.”

The expert, forensic psychiatrist Dr. Bandy Lee, is featured in a webinar sponsored by Fairfax County Democratic Committee (FCDC) on Wed. July 8 at 5-6 pm.  Attendance is open to all but requires a minimum admission fee of $10. Click here for more information and to sign up. Attendance is limited to 100.

Dr. Lee has continued to study Trump’s behavior and believes he is growing more dangerous over time. In a recent interview with The Blue View, she was asked about his possible response if polls indicated he was likely to lose his bid for re-election in November. “He is breaking down already, but it would be a mistake to believe he will just collapse,” she said. She added that “all indications” are that Trump will not accept an electoral loss.

For FCDC, the event is a fundraiser, but Dr. Lee is an independent expert, has no party affiliation, and does not take any payment for her public appearances. Likewise, she donates all the royalties from book sales to organizations for the public good. To buy a copy of the book, click here.