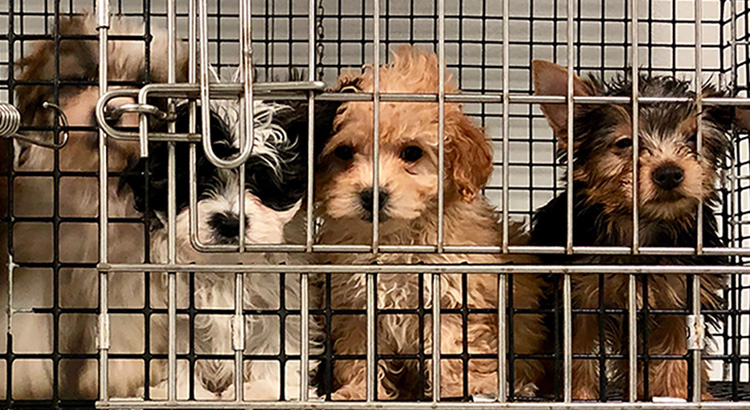 Virginia law has been enacted to protect and monitor treatment of dogs and cats in pet shops with regulations and inspections.

During the 2020 Virginia General Assembly, Sen. Dave Marsden (D-37th) sponsored SB 891 which was passed the Senate by a vote of 38-2, in the House by 64-35, and signed by Gov. Ralph Northam. Most provisions go into effect on July 1, 2022, allowing time for criteria development under the regulatory administrative process.

Under the law, the State Veterinarian’s office is charged with adopting a set of comprehensive regulations governing the keeping of dogs and cats by any pet shop. The regulations are to be aligned with existing provisions for keeping companion animals in the Commonwealth. Agricultural animals are excluded.

Standards of adequate care will address exercise, feed, water, shelter, space, treatment, and proper cleaning and lighting, and provide guidance on how to comply. The standard development process includes an opportunity for interested members of the public to comment prior to final adoption.

“This is going to help improve quality of life even in situations where we never had legal authority (commercial medical animal breeders) and will help us in the inspection of pet stores,” said Sen. Marsden. “No one (pet shops, shelters) will be immune from inspections.”

Since 2008, Virginia code has made such large breeding operations unattractive to commercial breeders by limiting the size of such operations and mandating health care for breeding female dogs. One exception has been for animals bred for research. Sen. Marsden obtained an agreement for voluntary inspection of that facility located in Cumberland County during discussion of a proposed governor’s amendment of the bill.

Under the new regulations, State Animal Welfare Inspectors will conduct at least one unannounced inspection of each pet shop selling dogs and cats annually. Pet shops are subject to losing or limiting their required registration, or probation, for violations. Local animal police and animal control officers continue to have authority to prosecute for violation of animal care and treatment laws.

Public attention has focused on several high-profile pet shop cases in recent years.  In June 2019, 25 dogs were seized from Capital City Pups, Manassas, with charges of improper care. The animals were relinquished, and the store agreed to close. The Petland-Fairfax store closed after the investigation of 14 dead rabbits were discovered in the freezer. The cruelty case against the store managers is scheduled for hearing in August in Fairfax District Court. The largest local case occurred in 2016, with the seizure of 42 dogs from the Dreamy Puppy store in Chantilly. The store subsequently closed.  The latter case had an associated cost to Fairfax County of nearly $146,000 for medical attention and care for the unhealthy Dreamy Puppy animals seized.

Currently, two puppy stores operate in Fairfax County; both are located in Chantilly. One, newly opened, is owned by a former manager of Petland-Fairfax who is now under charges in Fairfax, VA.