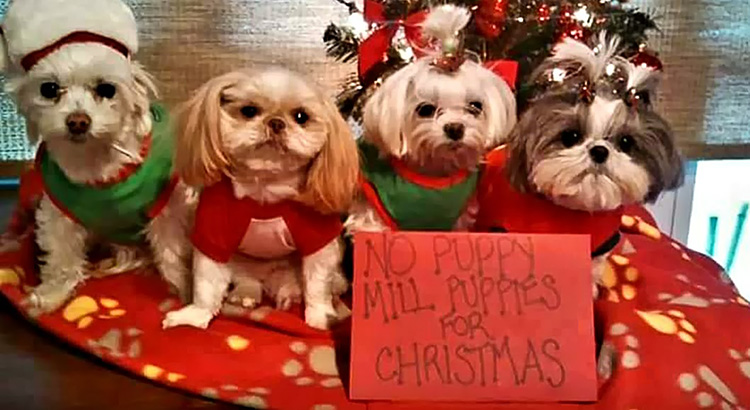 December is now Puppy Mill Awareness Month in Virginia thanks to state legislators who approved the resolution in 2020 to encourage Virginians to observe every December by supporting efforts to raise awareness of puppy mills, support rescue organizations, and promote responsible dog breeding and responsible pet adoptions.

There is no common definition recognized under the law, however, the term “puppy mill” is generally recognized as referring to large commercial breeding operations with inhumane treatment of breeding dogs, where profit is put above the welfare of the animals. Virginia’s limits on the size of commercial breeding operations, and its rigorous health requirements, have driven puppy mills out of the Commonwealth. Unfortunately, in adopting Puppy Mill Awareness Month, legislators recognized that out-of-state operations, in states where regulation is not as stringent, regularly transport puppies into Virginia for sale.

Virginia consumers are at risk of purchasing dogs that are often underdeveloped, sick, or suffering from genetic deformities, or behavioral defects as a result of poor early socialization and mistreatment; some may even die only days or weeks after purchase. With the push for and scarcity of puppies during the pandemic quarantines, and with many pets purchased as holiday gifts, many of those puppies will come from puppy mills, by way of Virginia puppy stores or online sales.

Animal advocates advise that consumers can stop puppy mills. Don’t buy from puppy stores which sell dogs/cats/rabbits. Instead, give your business to those pet stores that work cooperatively with local rescues and shelters to display animals in need of a home. Don’t buy animals online. Atty. Gen. Mark Herring alerted Virginians to puppy sales scams in August 2017, after buyers paid hundreds for puppies that didn’t exist from fraudulent Virginia businesses.

Instead, identify responsible small breeders or rescues you can trust through referral from breed associations or veterinarians. Work directly with breeders where you can see the animal, the breeding/housing site, and health-testing documents. Talk to your friends and neighbors about the financial and pet health dangers of puppy store factory farm sourcing and urge them to avoid puppy store and online purchases.

The December recognition month, (established by SJ68, sponsored by State Sen. Lynwood Lewis, D-6th) which passed both houses unanimously, was one of nearly a dozen animal welfare bills passed during the 2020 session; as earlier reported in The Blue View (May 13, “… treat for animal advocates”). Virginia’s calling out of inhumane treatment at puppy mills and new regulations to create treatment standards and regular inspection of puppy stores acknowledges inadequacies in the federal Animal Welfare Act (AWA). Legislation, including the Woof Act and the Puppy Protection Act introduced in 2017, also has sought to strengthen the AWA at the national level. Until that national legislation moves forward, Virginia has shown its “value of these (companion) animals and commitment to the respectful treatment they deserve”.