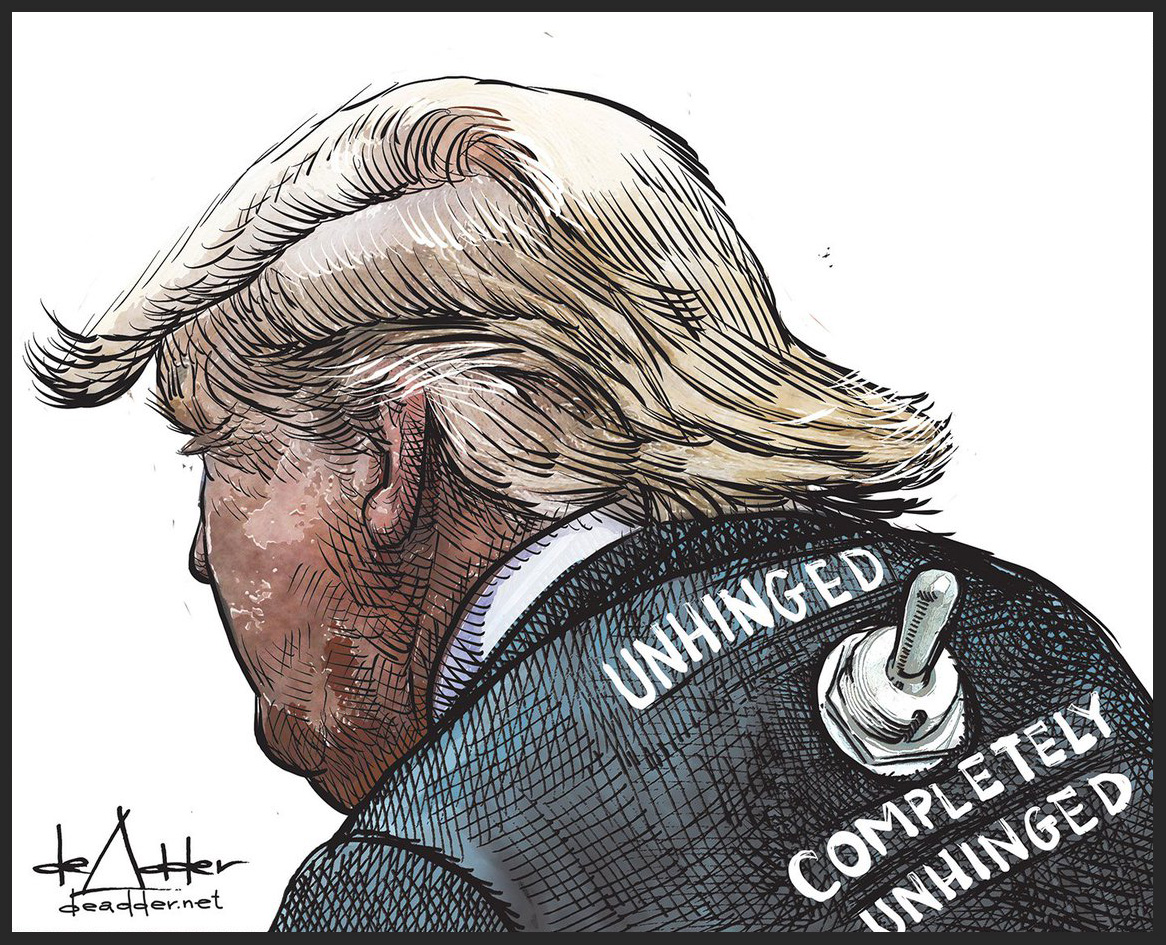 Editor’s Note: This article is by members of the National Affairs Committee of the Fairfax County Democratic Committee.

The speakers said they scared each other as they discussed Donald J. Trump and the potential results of the 2020 election. Dr. Justin A. Frank, author of Trump on the Couch: Inside the Mind of the President, and Col. Lawrence Wilkerson, advisory member of the Transition Integrity Project (TIP) agreed during their mid-October dialogue that a blowout victory for the Biden/Harris team would have been the only possible outcome to not incite conflict.

The forum, Trump Unhinged, was organized by the National Affairs Committee (NAC) of the Fairfax County Democratic Committee (FCDC). It was attended by 123 people and donations reached over $1,000.  The Forum sent across the country and internationally on YouTube by the keynote speakers has been reviewed over 1,600 times.

Dr. Frank analyzed Trump’s psyche in the context of selected segments of his performance from the September 29 Presidential Debate while Col. Wilkerson summarized and elaborated on efforts by the TIP to use simulations, often referred to as war games, to predict possible moves outcomes we may face as a nation between November 3 and January 20.

Based on known factors about Trump’s family and childhood, Dr. Frank highlighted key traits that have dominated his presidential performance.  He describes Trump as:

Dr. Frank scrutinized Trump’s remarks from debate clips, prepared for the forum by Fairfax Public Access Director Ben Zuhl, on COVID-19, masks, taxes, fathers and sons, race and White Supremacists to illustrate the entrenched factors that govern all of Trump’s behavior.  He included references to the disassociation between a God complex and victim-based paranoia, and the use of words as a blitzkrieg to prevent others from defending themselves.  He also highlighted the family’s history of racism and support for white supremacists.

Col. Wilkerson explained how the TIP used prominent Republicans and Democrats to take a hard look at what might happen during the transition period. They simulated the behavior of players across the board including not only the Trump and Biden organizations but the courts, the Congress, the media, the military, and supporters of both camps.  Potential outcomes depended on the distribution of the electoral college and popular votes. The games corroborated and even deepened fundamental concerns about the election, including worst-case scenarios involving armed insurrection.

Col. Wilkerson also discussed what must be done down the road based on the lessons learned from the Trump disaster. These included filling in holes in the Constitution and enacting or amending statutes.

Dr. Frank wrote: “After Joe Biden defeated Donald Trump in the 2020 election, something changed while other things remained the same, only intensified. What changed was that Trump went into hiding and did not appear on camera and eschewed even the limited presidential responsibilities he had been performing. He hid in the White House, spewed out angry tweets and occasionally peppered his Fox News friends with rambling phone calls. He turned his full attention toward overturning the election results, with some serious golfing thrown in.

In mid-October the National Affairs Committee of the Fairfax Virginia Democrats held a national forum examining Trump’s behavior in his first debate with Biden, entitled Trump Unhinged. There, we illustrated his various personality traits with clips from that debate.

Trump’s post-election behavior was more of the same – paranoid anxiety and the continued need to blame others without thinking about the part he played in his defeat. His primitive defenses (those more commonly employed by children under the age of five) were in full bloom – projection, delusional distortion of reality, and bullying attacks on perception. They were amplified by his fear of humiliation, which is why he is emotionally unable to attend the inauguration and shake the hand of the man who bested him.  Delusional distortion of reality is evidenced by his numerous lawsuits claiming, without evidence, that he in fact (an “alternate fact”) was victorious. Unconsciously, he expressed his deep-seated hatred of reality as he persisted in efforts to undermine American democracy. Before the election, Trump was the man who gave voice to the voiceless – to workers who had lost jobs and frustrated men and women who felt ignored by Washington politicians. But after the election, he needed the once voiceless to return the favor, depending on them to make his voice louder and stronger so he could retain his manhood.”

Col. Wilkerson wrote:  “On October 14, 2020, I helped with the Fairfax County Democratic Committee’s National Affairs Subcommittee, along with chairwoman, Sandra J. Klassen, and Psychiatrist Dr. Justin Frank, in a joint attempt to analyze what President Trump’s second debate performance (scheduled for the next evening) might portend.  At the time, I was a member of the Transition Integrity Project (TIP), a group that had gained some notoriety in the press and elsewhere, mostly because of its attempts to ‘wargame’ the then-upcoming November elections.  As the elections and their aftermath have evolved, one of the specific TIP wargame scenarios turned out to be very close to reality, i.e., a Biden win in both Electoral College and popular vote but not by landslide margins and, more so, what Trump and his minions would do in reaction.

The legal, political, personal – and somewhat outrageously, just off-the-hip – actions that Trump has taken, or his followers have indulged in, since the elections in November, track and at times exceed even what the wargame predicted.  The legal challenges, the vote counting aspersions – even against Republican state officials — the general belly-aching, the sometimes utterly illogical rhetoric, the insane calls for martial law by equally insane former military officers, the insults hurled at Democrats and particularly the President-elect, and the veiled and sometimes open threats to derail the entire transition process – and worse – were predicted in the wargame process to an extent, but in places reality has exceeded predictions.  This is particularly the case in specific events in Georgia, for example, where the only GOP candidate for president to lose the state in several decades is doing his best to ruin the crucial Senate elections in that state for the two Republican candidates so angry is he with the state’s Republican election officials.  Looking down the road from here, the wargame predicted Trump and his gang members, like Senate majority leader Mitch McConnell, would do everything possible to foul Biden’s presidency, from disallowing him confirmation of his cabinet, to setting up MAGA-TV (to replace Fox) and immediately using it to lambaste and discredit the Biden administration twenty-four/seven. So, stand by because there’s more idiocy to come.”

Dr. Justin A. Frank is an author who practices and teaches psychoanalysis in Washington, DC.  He is a former Clinical Professor of Psychiatry at the George Washington University Medical Center. He employs applied psychoanalysis to profile presidents in his books on Bush, Obama, and Trump.

Col. Lawrence Wilkerson is an advisory member of the Transition Integrity Project (TIP), Distinguished Visiting Professor of Government and Public Policy at the College of William and Mary, and former chief of staff to Colin Powell at the U.S. Department of State.