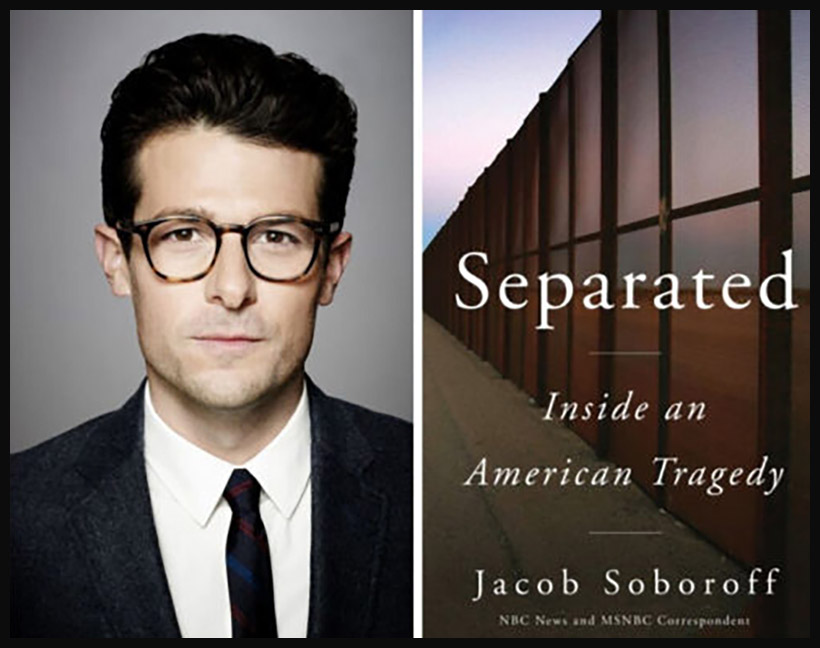 In October 2017, the Trump administration formally criminalized border crossings of asylum seekers and undocumented migrants with the premeditated and explicit objective of separating parents from children thereby creating Unaccompanied Alien Children (UACs). Then Attorney General Jeff Sessions applied this “Zero Tolerance Policy” in a highly publicized speech at Friendship Park on the California/Mexico border. This inhumane policy was a clear violation of international and domestic law. The policy survived until June 2018 when, in response to a suit filed by the ACLU, Judge Dana Sabraw ruled that “immigration agents could no longer separate immigrant parents and children caught crossing the border from Mexico illegally, and must work to reunite those families that had been split up in custody.” Parents of at least 666 children (of an initial 5,500) are missing and remain separated from their children (many were deported to Central America).  Jacob Soboroff provides a passionate, well-argued and documented, and harrowing account of this American tragedy.

Deterrence was not new, having started in the 1990s and continuing through successive administrations. Nothing, however, matched the scope, breadth, and cruelty of the Trump administration’s deterrence strategy.

The author conducted visits to immigration detention facilities and interviewed administration sources both political and professional (i.e., former DHS Secretary Kirstjen Nielsen), immigrants, immigrant lawyers, border patrol officers, and detention facility personnel.  Examples of facilities include: the Casa Padre in Brownsville, TX, a repurposed Walmart (with a capacity of some 1,500 UACs and a mural of President Trump), and the BCFS Health and Human Services facility in Harlingen, TX (both places where children were kept in “cages”) and the Victorville, CA prison where adult immigrants were housed with convicted criminals.

Soboroff focuses on the psychological and health impacts of parent-child separations and ensuing difficulties of reuniting families under the Sabraw ruling. The agencies involved were the CBP, Immigration and Customs Enforcement (ICE) in Homeland Security (DHS), and the Office of Refugee Resettlement (ORR) in Health and Human Services (DHHS). Agency personnel (with professional civil service exceptions) were indifferent to the impact on parents and children and maintained insufficient records of where children were and of who and where their parents were. The CBP separated parents from children, turning parents over to the ICE for processing (at a detention facility from which many were deported without their children) and children over to the ORR where they were sent to a custodial facility. An ORR political appointee (a pro-life advocate) tried to scuttle the sole off-record list of separated refugee children with their parents.  A single career employee ignored suggestions that the list disappear.

The result: 666 children (some not yet weaned) have been separated from their parents for months to years. Tellingly, the Sabraw decision assigned the lead role in reuniting parents with children to the ACLU but did not determine whether the parents — if found — would be united with their children in the U.S. or in the homelands from which they fled. The Trump administration also halted critical economic aid to Central American countries; thereby exacerbating existing conditions whether produced by military authoritarianism, narco-trafficking, or climate change induced weather conditions responsible for mass migrations in the first place.

For Central American families seeking asylum, this has been an ongoing tragedy; for the Trump administration a crime against humanity. Jacob Soboroff’s presentation is detailed, up-close, and personal.