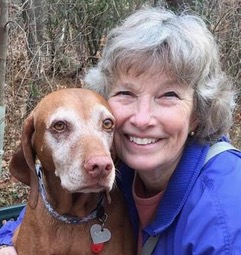 Despite the known dangers, pet stores in Fairfax County and throughout Virginia can still legally sell puppies and kittens from commercial breeders, commonly called puppy mills.

Del. Jennifer Boysko, whose 86th  district includes parts of Fairfax and Loudon Counties, and Sen. Lynwood Lewis, of the Eastern Shore’s 6th district, both introduced bills in the 2018 session  to allow local authorities to ban pet stores from selling cats and dogs obtained from commercial breeders. But neither bill advanced.

As a result Virginia consumers who buy from pet stores may be buying sick animals. Contagious diseases such as parvovirus, kennel cough, giardia, and congenital issues such as luxated patellas, are the most commonly found health problems of puppy mills dogs. This can result not only in high veterinary costs for the consumer, but, more tragically, suffering and death of the puppy or kitten.

Also extremely alarming, is the fact that a few months ago, the Center for Disease Control (CDC) traced an outbreak of campylobacter bacteria in 17 states to puppies sold at Petland stores. The outbreak reportedly led to 113 illnesses, with more than 20 serous enough to require hospitalization.

We can be a stronger voice for our companion animals. Don’t patronize businesses that sell puppy mill puppies. Instead buy your pet supplies at those pet stores that partner with welfare groups to display rescue animals. There are many in Fairfax County.

Let’s work on highlighting this issue and capturing the attention and good will of the more than 87,000 licensed dog owners in Fairfax County.

Susan Laume (pictured) is a member of the Springfield District Democratic Committee and a director of the NoVA Coalition for Animals. With her dog, she works as a therapy dog team.