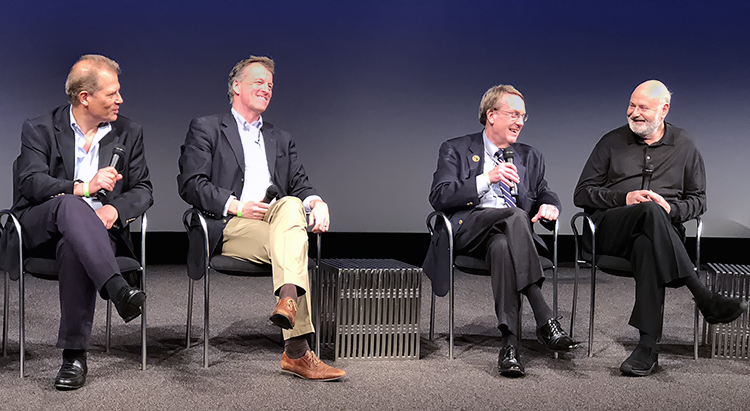 In the march to the 2003 invasion of Iraq, there were few dissenting voices. Most of the news leading up to the war was about the Bush administration’s false claims that Iraq had weapons of mass destruction that Saddam Hussein could unleash on us at any time.

But at the Knight Ridder Washington Bureau, there were a few journalists who discovered the truth — that there wasn’t evidence of weapons of mass destruction. They wrote stories that most newspapers, even those owned by Knight Ridder, wouldn’t run, preferring to reprint reports from Judith Miller of the prestigious New York Times, who was being fed, and repeating, misinformation from high government officials and sources inside Ahmad Chalabi’s Iraqi National Congress.

A couple of years later, Miller spent 85 days in jail protecting her source, the recently pardoned Scooter Libby, who had identified Valerie Plame as a member of the CIA. Miller was forced to resign from the Times in 2005 after persistent questions and concerns about her actions.

Now, in the new movie “Shock and Awe,” director Rob Reiner is telling the story of how reporters Jonathan Landay and Warren Strobel and veteran war correspondent Joe Galloway, under the direction of Bureau Chief John Walcott, got to the truth.

Starring Reiner as Walcott, Woody Harrelson as Landay, James Marsden as Strobel and Tommy Lee Jones as the well-sourced Galloway, the movie painstakingly follows the reporters as they interview sources who were willing to speak the truth, but not be named. The movie uses real TV news clips to show how the administration was pushing a false narrative that misled Congress and the public while most of mainstream media was publishing what the administration fed them.

A special screening of the movie was held Monday night at the Newseum in downtown Washington. In a panel discussion after the movie, Walcott, Landay, Strobel, and Galloway talked about how they helped Reiner tell the authentic story. The movie even included a rousing speech by Walcott, who on Monday said that news organizations can’t run on fear. “You can’t have people second-guessing themselves. They have to be right. You can’t pursue a story like this if you’re always afraid.”

The panel brought up the current state of media affairs, where reporters are “digging deep” but being undermined by a president who hates mainstream media he calls “fake news,” and by Fox News, Breitbart, other far-right sources, and social media. “We’re fighting right now; we’re fighting for the soul of the country,” Reiner said.

“Shock and Awe” will be in theaters July 13. DirecTV has a one-month streaming exclusive on the movie starting Thursday and lasting until the theatrical release.

Photo at top is of (from left) Jonathan Landay, Warren Strobel, John Walcott and Rob Reiner discussing the movie “Shock and Awe” opening in theaters on July 13. / Photos by Karen Kirk.

Karen Kirk is the Deputy Editor/Photo Editor of The Blue View and a retired journalist who worked for the Knight Ridder/Tribune News Service alongside the Washington Bureau, sending its stories to some 200 newspapers with a combined circulation of around 30 million readers.